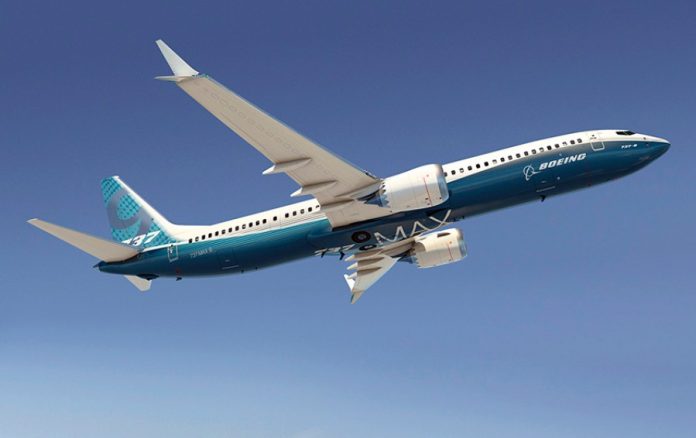 “Yes, I still haven’t been forgiven by god for the covering up I did last year,” said a 2018 message.

Another exchange between Boeing employees, from August 2015, closes out with this: “I know but this is what these regulators get when they try and get in the way. they impede progressw” [sic]

In 2017, a Boeing employee wrote: “this airplane is designed by clowns, who in turn are supervised by monkeys.”

The documents were released by Boeing to congressional investigators probing how the company’s 737 Max jets were certified by the Federal Aviation Administration as safe before two crashes that killed 346 people.

The communications “paint a deeply disturbing picture of the lengths Boeing was apparently willing to go to in order to evade scrutiny from regulators, flight crews, and the flying public, even as its own employees were sounding alarms internally,” said Rep. Peter DeFazio, D-Ore., chairman of the House Transportation Committee.

At issue in some of the messages was whether simulator training should be required for pilots flying the Max. Boeing went to great lengths to prevent such a requirement, in part because it would be costly for its customers, company documents show.

On Thursday, Boeing said in a statement: “These communications do not reflect the company we are and need to be, and they are completely unacceptable.”

The company added that it had “not found any instances of misrepresentations to the FAA in connection with its simulator qualification activities, and we remain confident in the regulatory process for qualifying these simulators.”

The FAA said it had reviewed the more than 100 pages of documents and “our experts determined that nothing in the submission pointed to any safety risks that were not already identified as part of the ongoing review of proposed modifications to the aircraft.”

The messages underscore how important to Boeing financially it was to avoid simulator training for the Max.

In one November 2015 message, the 737 chief technical pilot, whose name is redacted in the documents, said failing to get computer-based training for one system “is a planet-killer for the MAX.”

In a March 2017 message, the chief technical pilot wrote several of his colleagues to “stress the importance of holding firm that there will not be any type of simulator training required.”

“Boeing will not allow that to happen,” the pilot wrote. “We’ll go face to face with any regulator who tries to make that a requirement.”

In another email chain, from June 2017, the chief technical pilot forwarded to Boeing colleagues messages in which he persuaded anairline, which is not identified in the documents, not to require simulator training on the Max.

“Looks like my jedi mind trick worked again!” the pilot wrote. “These are not the droids you’re looking for.”

Sen. Roger Wicker, R-Miss., chairman of the Senate Committee on Commerce, Science, and Transportation, said “these communications suggest a troubling disregard for safety among some at Boeing and raise questions about the efficacy of FAA’s oversight of the certification process.”

In a shift Tuesday, the company said that it is recommending that pilots undergo simulator training before they resume flying the 737 Max. The FAA, which will have the final say, said it will consider Boeing’s recommendation.

The messages released by Boeing also show employees voicing concerns over deficiencies with a Max simulator. “Would you put your family on a MAX simulator trained aircraft?” one employee wrote in 2018, before adding: “I wouldn’t.”

Regarding the simulators, the FAA said “any potential safety deficiencies identified in the documents have been addressed.”