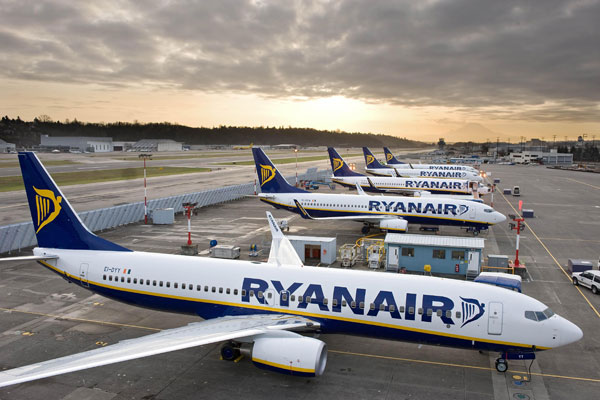 Ryanair pilots based in Ireland have announced strikes on August 22 and 23.

It comes after 94% of members of Ialpa voted in favour of strike action earlier this month.

It said it would inform the airline of further action in due course.

British pilots employed by Ryanair are also due to walk out on August 22 and 23 and September 2, 3 and 4.

The strikes are part of a dispute over pay and working conditions. The union said pilots did not want to disrupt people’s travel plans but had no choice after “decades of Ryanair refusing to deal with unions”.

The airline said the pilots had made “unrealistic and unimplementable pay proposals”.

The airline has warned of job losses after its profits fell 21% which is said was due to higher costs for fuel and staff, and lower ticket prices.

Ryanair’s chief people officer, Eddie Wilson, said: “We have done everything in our power to avoid disruption to our flights and our customers’ holidays.

“However, no company can concede to grossly unreasonable demands from its highest-paid workers.”