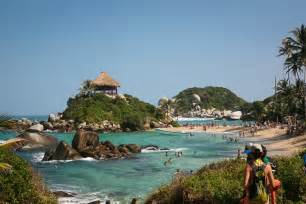 Worldwide, people’s desire to travel remains unabated, despite terror attacks and political unrest. However, the geopolitical crises around the globe are influencing destination choices. Following attacks in Turkey and Egypt, the world’s most popular destination, Spain, has now been affected. Las Ramblas in Barcelona, the target chosen by the attackers, is a popular tourist attraction. While North Africa and Turkey in particular have experienced a dramatic decline in bookings due to terror attacks, the effects on the tourism industry in Europe remain to be seen.

This year, for the third time, IPK International conducted a special survey on “Terror Threats and Tourism” in over 20 major source markets around the globe.

The study revealed that for 45 per cent of international travellers the threat of terror attacks will have an influence on their travel plans this year, which compared to 2016 represents an increase of six percentage points. However, the latest survey exhibits regional differences between source markets in Europe, Asia as well as North and South America. Travellers from Asian source markets such as South Korea, China and Japan as well as Russia are more sensitive to terror threats and thus more likely to let instability and terror warnings influence their travel plans.

In contrast, travellers from European source markets such as Denmark, Sweden and Finland are less sensitive to the threat of terror attacks. Singles are also relatively unimpressed by terror warnings, whereas people travelling with children are more cautious.

Due to the current global situation regarding safety, holidays in one’s home country have taken on a new significance: 16 per cent of international travellers polled said they will not travel in the next 12 months or will only go on domestic trips within their own country. A further 29 per cent indicated they will continue to travel abroad, however only to countries they consider “safe”. Compared to 2016, the safety perception of some travel destinations has further declined. Last year, 64 per cent of the respondents rated Turkey as “unsafe”. In 2017 the figure rose to 76 per cent.

Overall, destinations with the weakest safety image are Turkey, Israel, Egypt and Tunisia, whereas Canada, Switzerland, Australia and Scandinavia were perceived as safest. Hence, the shift in travel flows from “unsafe” to “safe” destinations is expected to further continue.