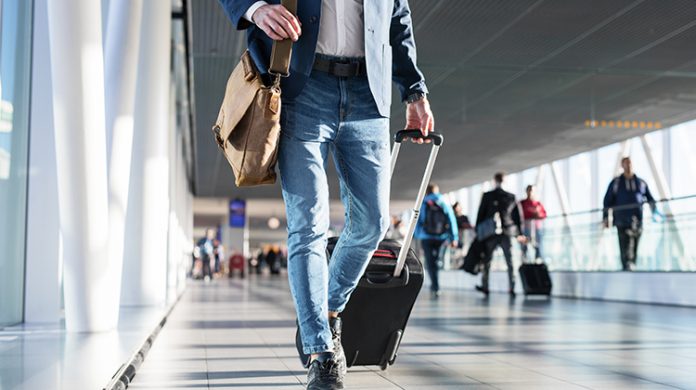 The Northern Territory government has reached an agreement to process all arriving repatriation flights at Darwin International Airport (DIA).

The Airport Development Group (ADG), which owns DIA, said it struck a deal with the federal and territory governments following careful consideration and input from all stakeholders.

People arriving in Darwin on repatriation flights were previously required to disembark at RAAF Base Darwin.

The RAAF base shares a runway with Darwin Airport but is a separate piece of infrastructure to the commercial airport.

“Significant steps have been taken to ensure separation of repatriated passengers,” he said.

“This separation includes one entry point for passengers into the terminal from the aircraft and one exit point from the terminal onto buses to the Howard Springs [quarantine facility].

“The ground floor part of the terminal where repatriation passenger [processing takes place] is completely separate and secure.”

In June, Chief Minister Michael Gunner said the NT government was pursuing the changes after a February review of its infectious disease control processes by Australia’s Chief Nurse.

Mr Gunner cited concerns about the RAAF base processing overseas arrivals during the wet season.

NT Health Minister Natasha Fyles said she had toured the airport last Saturday and was confident all travellers could be processed safely.

“Everyone arriving in Australia through international repatriation is required to adhere to strict social distancing practices, stringent COVID-19 testing, infection prevention and control measures,” she said.

Ms Fyles said a planeload of Australian Olympians which touched down in Darwin on Tuesday were the first international arrivals to be processed under the new system.

More than 100 Australian Olympic team members arrived at Darwin International Airport on a special charter flight from Tokyo on Tuesday morning, before being bussed to the Howard Springs quarantine facility.

“All health, security and baggage screening and processing were undertaken by the appropriate local and federal agencies in a secure and separate area on the ground floor of the DIA terminal,” a statement from ADG said.