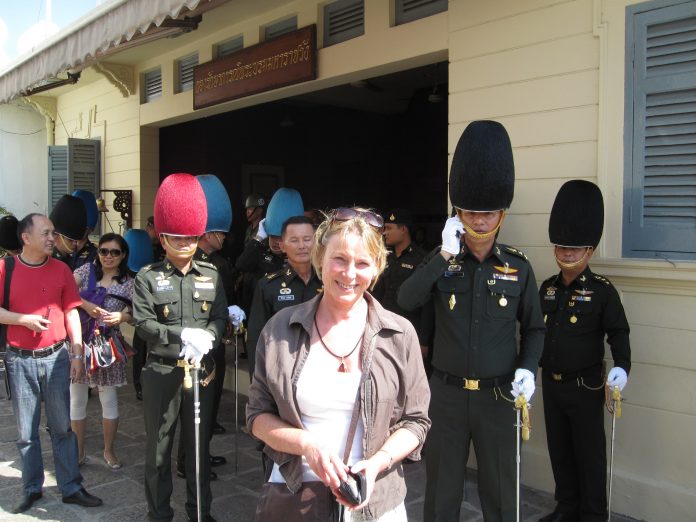 The recent street demonstrations calling for the prime minister’s resignation and constitutional reforms have, so far, been controlled by temporarily closing parts of the capital’s rail system to discourage travel and use of water cannon trucks to encourage dispersal. But the prime ministerPrayut Chan-o-cha has now threatened to impose another curfew if the street violence escalates. He can do this because of reserve powers in the state of emergency regulations which began last spring and have been renewed monthly by parliament ever since, ostensibly because of Covid-19 issues.
The demonstrations are also against th king, who is ruling his country from a luxux hotel in Southern Germany together with his 20 or more wiwes and mistresses.

Importantly, Thai curfews are not necessarily national and can be restricted to small areas. The three southern provinces of Thailand bordering Malaysia, which contain separatist elements, have been on-and-off under a state of emergency and discretionary curfews at the army’s local discretion for over 20 years now. If the current prime minister now declared a curfew, it would likely be restricted to parts of Bangkok. Initially anyway.
Of course, the coronavirus pandemic has now resulted in curfews in many countries. The Thai government imposed one on April 2 this year, just as confirmed cases approached 2,000, and ordered the population to stay at home between 10 pm and 4 am. This “virus” curfew in fact was less strict than in many other countries as the number of persons allowed exemption passes here was considerable. The prime minister advertised the restrictions as “health before freedom” but the banned hours were first reduced then cancelled altogether in June.
Previous Thai governments all announced curfews. Thaksin Shinawatra ordered one in response to troubles in the deep south in 2004 as did his sister’s government in 2013. During the Abhisit Vejjajiva government era, an emergency decree was imposed in April 2010 to counter the Bangkok street protests of the United Front for Democracy against Dictatorship (UDD). The Thai coup of 22 May 2014, preceded by a declaration of martial law using a little-known law of 1914, created an overnight curfew which was ended three weeks later, although speaking out against the regime in person or on social media remain banned.
Going back even further, curfews were imposed in 1976 in the after-shock of the massacre of Thammasat University students by ultra-rightists. Bangkok was placed under curfew in August 1977, following the failed coup against the Thanin Kraivixien government, and also in 1992 following the Black May massacre when there was a rising against the administration of general Sujinda Krapayoon.