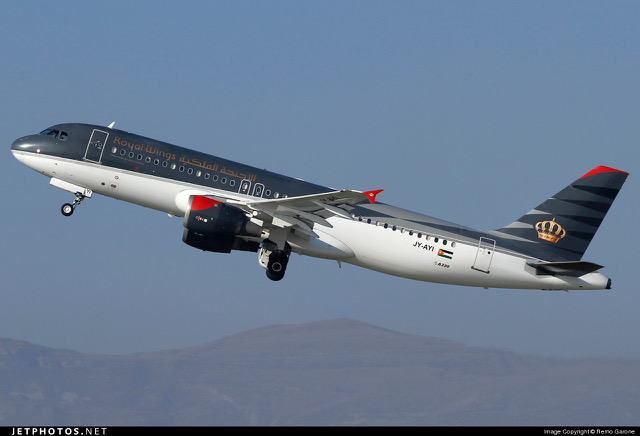 Flights to Norway considered for winter 17/18 After some years break there will now again be direct flights from Denmark, Sweden and Finland to Jordan. The charter company Royal Wings from Jordan, a subsidiary and Royal Jordanian, will from February 2017 fly to Aqaba for 10 weeks, Saturday from Copenhagen, Stockholm Sunday and Monday from Helsinki.

Several travel agencies offer travel packages with wellness experiences in the Dead Sea, desert nights in Wadi Rum and trips to Petra. “Aircrafts used for all routes will be an Airbus A320 with a capacity of 155 seats on each aircraft.

Oslo is not included for this season, but will be considered for the season 17/18 starting October 2017. Aapprox time of flying will be 5,5 hours for Arlanda, 5 h 15 min for Copenhagen and 5 hours for Helsinki

At the moment all flights have full allotments so we expect to have full flights starting in February.

Flights will be once a week from all cities and there will be only packages available through the tour operators Jordan Tourism Board have signed cooperation agreement with.

There will be no flights only, only packages,” says Christine Engel, CEO, United Spirit Nordic.

The move is part of the Jordanian government’s drive to lure more tourist traffic to the region which has suffered given the conflict in Syria and civil unrest in nearby Egypt. Other measures undertaken include the exempting of regular airlines and charter carrier from paying taxes and fees at Aqaba airport, as well as reducing electricity prices in the tourism sector. Israel has already announced similar subsidies on flights to Eilat situated just 37 kilometers away from Aqaba.

Travel agencies in Sweden, Denmark and Norway will be able to receive market subsidy, and there will be created a campaign to raise awareness of the Aqaba area.

Leaving the middle seat empty does wonders against Covid-19