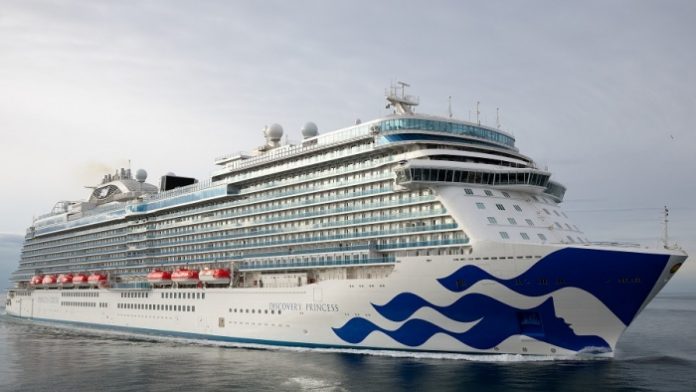 The ship expands the Princess Cruises fleet to 15 MedallionClass vessels and features an evolution of the design platform used for the previous Royal-class ships.

As the leading cruise line on the west coast of the United States, Discovery Princess will depart Italy and make her way to the Port of Los Angeles to sail on a series of Mexican Riviera and California Coast voyages from March 27th-April 24th, before heading up the Pacific coast to begin a season of seven-night Alaska cruises from Seattle.

“Today marks a significant milestone for Princess Cruises as we officially take ownership of the spectacular Discovery Princess,” said Padgett.

“We extend our immense gratitude to our long-time and trusted partners at Fincantieri, the shipbuilders of all six of our Royal-Class vessels with Discovery Princess and look forward to welcoming our first guests to experience the beauty of the ship when they embark in just a few weeks.”

The 3,660-guest Discovery Princess is the sixth and final Royal-Class newbuild and shares all of the spectacular style and luxury of her sister ships – Enchanted Princess, Sky Princess, Majestic Princess, Regal Princess and Royal Princess.

Who will actually pay for sustainability?

Etihad CEO Says Its A380s May Return To The Skies