Home Air Dutch Airline KLM Cancelling up to 2,040 Flights Because of ‘Relentless’ Pressure... 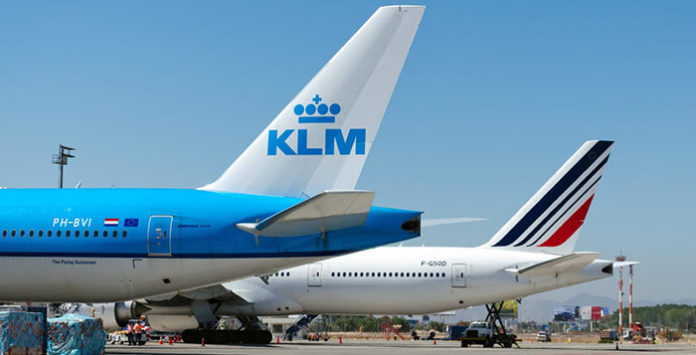 The Dutch flag carrier KLM says it could be forced to cancel an additional 2,040 flights from now until the end of August due to enduring staff shortages and “relentless” pressure at its Amsterdam hub.

The airline has already been forced to draw back its planned summer schedule and add artificial capacity caps on flights out of Schiphol airport but on Friday, a KLM spokesperson said these measures were not enough.

In a statement, the airline said it planned to cancel between 10 and 20 return flights per day until the end of August in order to relieve pressure at airport security checkpoints.

The additional cancellations will also make it easier for KLM to crew its remaining flights with pilots and flight attendants, as well as service the flights with baggage handlers, refuellers, engineers and other ground staff.

The cancellations will mainly impact European short-haul routes and in particular, destinations that are served by multiple flights per day. KLM will, however, be forced to “strongly restrict” the sale of new tickets on these routes to make it easier to rebook passengers whose flights have been cancelled.

Earlier this week, video emerged of huge lines of passengers at Schiphol airport waiting to get through security checkpoints. The queues, which stretch well outside the terminal building and even beyond temporary shelters erected by the airport, are estimated to take between three and five hours to get through.

Schiphol has demanded that airlines flying to Amsterdam artificially cap passenger numbers on flights to reduce demand at the airport, although there is hope that those caps will be raised in August.

On Thursday, Lufthansa said it was cancelling an additional 900 flights short-haul flights from its Frankfurt and Munich hubs in July alone. The vast majority of cancellations will impact flights scheduled to depart on a Friday, Saturday or Sunday.

The day before, British Airways announced plans to cancel 10,300 flights between now and the end of October. The airline has until the end of Friday to finalise its cancellations without being punished after the UK government announced an ‘amnesty’ on giving up takeoff and landing ‘slots’ for the rest of the summer period.

DK among the best passports

Charters changing from Spain to Turkey