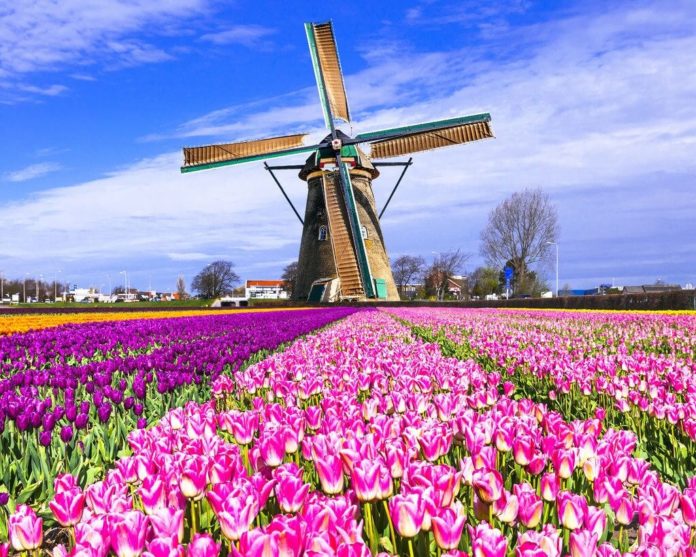 With the EU’s ban and the U.K.’s mandatory quarantine on American travelers, many of Europe’s hospitality players are bracing for the impact on hotel occupancy levels.
“The American is typically a great traveler for Europe, especially in July, August and September,” said Kike Sarasola, founder and president of Spain-based Room Mate Hotels. “So, for us, this is a big, big problem. We’re very worried.”
The lion’s share of Room Mate’s 28-property portfolio is scattered across Europe, including in markets such as Madrid, Barcelona, Paris, Florence, Rome, Milan and Amsterdam.
According to Jonathan Raggett, managing director of the Red Carnation Hotel Collection, the U.K. government’s decision to require U.S. travelers to self-isolate for 14 days has put a major damper on the company’s outlook for its six London hotels. Red Carnation has resumed operations at only one of its London properties, the Rubens at the Palace.
“The U.S. is the most important market for us,” Raggett said. “We decided to open just one hotel in London, and we’re not even running double-digit occupancy there. Normally, in July, all of our London properties, which total around 600 rooms, would be running in excess of 90%.”
Another Irish castle hotel, Dromoland Castle in County Clare, is similarly reliant on what general manager Mark Nolan calls “the very valued American guest,” which traditionally accounts for the bulk of the property’s business.
With a wave of U.S. travelers unlikely to arrive anytime soon, however, Dromoland Castle has linked with Ashford Castle to offer joint promotions designed to encourage domestic travelers to visit the two properties.
Likewise, Red Carnation’s Raggett hopes that the creation of “air bridges,” or travel corridors that allow for unrestricted movement between two or more countries, will boost regional travel throughout Europe.
“Air bridges could help stimulate things a bit,” Raggett said. “For example, [travelers from] France, Spain and Italy can come and stay in the U.K. without having to self-quarantine, and vice versa. We’re certainly not forgetting the U.S. market, but we have to focus on where we can find business.”
Raggett added that the U.K. also benefits from a relatively solid domestic travel market, though British travelers are currently showing a preference for nonurban properties. Red Carnation’s 25-room Summer Lodge Country House Hotel & Spa in Dorset, for example, is experiencing record-high occupancies, Raggett said.
To help boost the local appeal of the company’s London hotels, however, Red Carnation plans to offer guests perks such as complimentary upgrades and afternoon tea as well as bolster marketing communications to highlight new cleanliness measures. Those measures include the recent deployment of Act CleanCoat, a transparent surface coating from Danish company ACT.Global that purportedly decomposes viruses and other microbes on contact.
Luxury hospitality group La Reserve Hotels — which has properties in Paris and Ramatuelle, France; Geneva; and Zurich — was quick to craft domestic travel-focused packages as its hotels began reopening in early May. Popular offers included a Dreams & Delights deal, which invited locals to pair a staycation at a La Reserve hotel with a chef-prepared, in-room meal for two, as well as a promotion for a day visit to La Reserve a la Plage beach club at La Reserve Ramatuelle.
Additionally, Nathaniel Most, director of sales and marketing for La Reserve, said the group’s Paris hotel — where American clientele usually accounts for over 60% of business — has seen an unexpected surge in last-minute business this summer.
“[We’re seeing] lots of walk-in guests in Paris,” Most said. “We’ve never experienced that level of same-day arrivals.”
According to Room Mate Hotels’ Sarasola, Spanish markets such as Madrid, San Sebastian and Malaga are also seeing relatively healthy occupancies, even sans an American contingent. Instead, travelers from the U.K., as well as France, Italy and Germany, are helping to pick up the slack.
“Occupancies are going up quite quickly in certain markets,” Sarasola said. “We’ve reopened two hotels in Madrid, and we’re already at a 50% occupancy there, which is very, very good. San Sebastian is at around 40% and Malaga is at 45%, so it’s going well. We’re optimistic.”