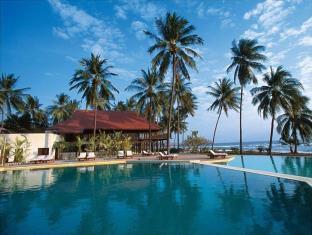 Independent hotels in Europe must find new ways to attract customers during 2016 in order to survive. That’s the stark message contained in a report on the future of the hotel sector.

Although the gross bookings taken by independents were expected to rise to €35.9 billion in 2015 from €35 billion in 2014, that 2.4% growth is labelled “modest” by Phocuswright and h2c’sIndependent Lodging Market Report co-sponsored by SiteMinder.

The relative stagnation of the sector is particularly troublesome when compared to hotel chains, which the report says are growing three times faster than independents. The independent share of the hotel market is expected to fall from 58% in 2013 to 56% in 2017.

These figures are compounded by Europe’s slow growth compared to the USA – the latter has a 6.8% compound annual growth rate between 2013 and 2017, while Europe can only boast 1.1%.

Embracing the role of OTAs

Another key and distinct facet of the European market is the increasing reliance on OTAs over native hotel websites. In total, OTA bookings represent 71% of all online bookings for independent European hotels, compared to just 52% in the US.

The report notes that OTAs “stir up mixed feelings” among those in the independent hotel industry. While some bemoan the cost, and others worry about becoming reliant on OTAs, there is an acceptance that they increase demand and enable hotels to fill empty rooms much more efficiently.

And yet, despite their predominance, more than half of the independent properties covered in the report believe their own website to be their most important distribution channel, which points to a disconnect between where businesses want their customers to come from and where they actually come from.

The rise of Booking.com continues unchecked in the European market, with the site now responsible for 49% of all independent properties’ OTA business. This is hardly a surprise for us at SiteMinder, with Booking.com topping our list of the top 10 revenue-generating booking sites in 2015 for the fourth consecutive year.

TripAdvisor’s Instant Booking sees the report rank it as the third most effective OTA for all European properties, however it fell to the fifth position specifically among hotels and motels. TripAdvisor’s partnership with Booking.com has been an interesting move for the travel giant and one the industry will continue to watch this year.

In marketing terms, travel review sites still fare well as far as independent European hotels are concerned – 47% of independents regard review websites as their most effective marketing tool, with SEO and SEM the next best at 28%.

It’s also worth pointing out that more than half of European independents claim they now have a genuine mobile-friendly website. While this is a step in the right direction, with mobile technology becoming increasingly ubiquitous, it will become absolutely essential for every hotel to have a website that’s not only mobile, but optimised for search in the coming years.

Although looking for new ways to reach customers is always important, some independent hotels might benefit from looking at their internal processes in more detail.

The report noted that recording rates and availability in this sector are largely done manually, with “strategy and structure missing from pricing strategy, making it difficult to optimise channels and compete effectively with chains”.

Somewhat surprisingly, the report found that half of the independent properties in Europe don’t have an Internet booking engine, while only 31% have a property management system. For those hotels, automating processes such as room management and inventory with a channel manager, such as SiteMinder’s, can make all the difference, enabling hoteliers to study detailed, tailored information, broaden the reach of their property, and find out which channels (and therefore markets and customer segments) work best for them.

According to the report, independent properties are unlikely to have the resources to compete on a level playing field with the big chains and need to run their business accordingly. We at SiteMinder challenge this viewpoint. While the lack of resources and budget will certainly always be an issue, we believe firmly in the power of cloud technology, like ours, to level that playing field for the smallest of independents.

Additionally, the report suggests OTAs are likely to dominate for years to come. Although this may be true, many European independents also expressed a wish to direct more traffic through their own website and we believe investment in these native sites would not be misguided. SiteMinder’s Canvas is just one way independent hoteliers can make this investment at a low cost to their business, while also gaining full control of their brand.com website.