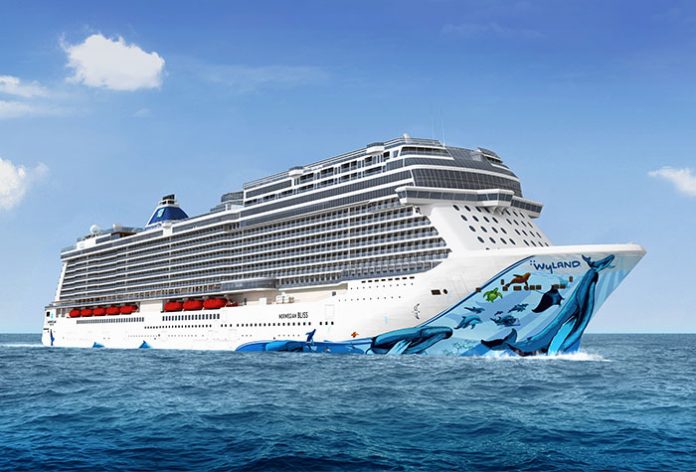 Norwegian Cruise Line announced its summer 2018 and autumn/winter 2018/19 itineraries, featuring exciting new opportunities for guests to set sail to their dream destinations, while unpacking just once and enjoying the most free and flexible cruising experience at sea.

Norwegian’s 2018/2019 deployment spans across the globe, from a wide range of cruises in Europe from seven embarkation ports including round-trip cruises from Southampton and Hamburg to the warm waters of the Caribbean, the adventure-filled coasts of South America, the awe-inspiring glaciers of Alaska and beyond. The new itineraries are on sale now for all guests.

Guest sailing on Norwegian Cruise Line can again look forward to a wide variety in Europe in summer 2018 with two ships in Northern Europe and in the Baltic as well as three ships in the Mediterranean. Norwegian Breakaway will depart New York on April 15 for the first time since her inaugural season in 2013 for a 12-night transatlantic voyage to London (Southampton). Following her arrival in Europe, Norwegian Breakaway will undergo enhancements in dry dock and then journey to her new seasonal homeports of Copenhagen and Warnemünde, where she will sail nine-night Scandinavia & Russia cruises through the summer season. Norwegian Jade will return to Europe in summer 2018 and sail a series of Norway, Iceland and North Cape cruises from Southampton and Hamburg, showcasing the spectacular Norwegian fjords, along with British Isles cruises on select dates. Norwegian Spirit will return as well, sailing longer 10-night Western Mediterranean and 11-night Mediterranean & Adriatic cruises from Civitavecchia. Norwegian Star will reposition from the US West Coast to Venice, sailing a series of seven-night Greek Isles and Adriatic & Greece cruises from The Floating City. Norwegian Epic, which received ship wide enhancements earlier this year during an extensive dry dock will once again sail seven-night Western Mediterranean cruises from Barcelona and Civitavecchia, showcasing the best of Italy, France and Spain.

In winter 2018/2019, Norwegian Spirit will set sail from Barcelona to the Canary Island & Morocco, on a series of 10- and 11-night cruises that will bring guests looking to escape winter weather to the exotic bazaars of Northern Africa and Tenerife, which boasts the world’s third largest volcano and the highest elevation in all of Spain.

In summer 2018, Norwegian will once again offer guests the opportunity to sail through the glacier-filled waters and gaze upon the snowy mountaintops of Alaska on three unique ships, making up the youngest fleet sailing to the region. The brand-new Norwegian Bliss, arriving in June 2018, will lead Norwegian’s 2018 Alaska fleet with her inaugural season to the region, offering seven-night voyages departing each Saturday from Seattle. The largest and most innovative ship sailing in Alaska, Norwegian Bliss will be the first cruise ship custom-built with features and amenities for the ultimate Alaska cruise experience and the first Norwegian Cruise Line ship to make its debut in Seattle. Following an extensive renovation in 2017 as a part of the Norwegian Edge programme, Norwegian Pearl will sail seven-night Glacier Bay Alaska cruises from Seattle departing on Sundays. Rounding out the Alaska fleet, Norwegian Sun will return to Vancouver and Seward to offer her incredibly popular northbound and southbound seven-night Alaska highlights voyages, offering guests the opportunity to combine back-to-back sailings for an immersive 14-night roundtrip cruise.

What happens when someone dies on a flight