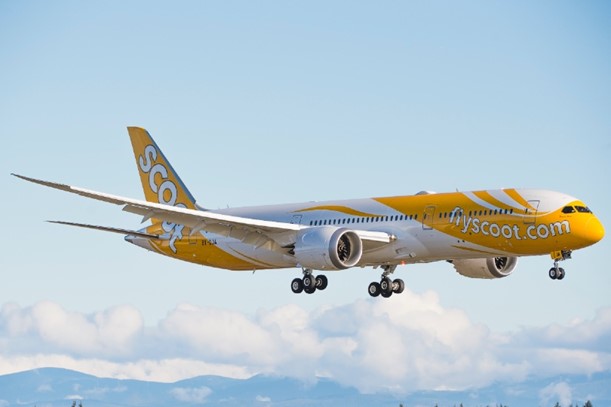 An airline captain aborted a landing after several passengers reportedly refused to obey the commands of the cabin crew and fasten their seatbelts. The flight was thankfully able to land on the second attempt, but passengers were made to stay seated on arrival so that the suspected seatbelt refusniks could be marched off the aircraft by the police.

The incident occurred on a recent flight from Bali to Singapore Changi onboard an Airbus A320 aircraft operated by low-cost operator Scoot.

In a viral TikTok video posted by passenger Audi Khalid, the pilots is told telling the passengers over the public address system that he had “decided to discontinue the approach” because there were passengers “who are not seated with their seatbelts securely fastened”.

Flight records confirm that Scoot flight TR285, on Monday 14th November, performed a so-called ‘go around’ on final approach to Singapore Changi. Data supplied by Fight Radar 24 show that the aircraft had descended to just 1,725 feet when the pilots decided to discontinued the approach.

The aircraft then climb out over the Singapore Strait before successfully landing on the second attempt.

“This is your Captain speaking. We have decided to discontinue the approach into Singapore Changi Airport because I have been informed that we still have got passengers who are not seated with their seatbelts securely fastened.”

“We are legally not able to land an aircraft if the cabin is not secure”.

To a small round of applause from some of the passengers, the Captain continued:

“We are not turning around again for a second approach and if we have to do another missed approach for the same reason, the airport police will be involved and they will take the necessary action.”

On arrival, the cabin crew informed the passengers that the police were waiting to meet the aircraft and everyone had to remain seated as several passengers were led off the aircraft. The video then cut to police questioning a small group of passengers in the airport terminal.

The fate of the passengers is not known.

Some commentators on the video shared their own experience as cabin crew and said how rare a go-around was under these circumstances.

“Omg, when you have that type of Captain, you truly feel supported as a crew. Hats off Commander,” one wrote. Another said that in their 17 years of experience working as cabin crew, such support from pilots was incredibly rare.

First TriBE to happen in Sarawak

Copenhagen most wanted in 2019

Costa Rica in Denmark and Sweden