Home Air Plane On An Eight Hour Flight to Nowhere 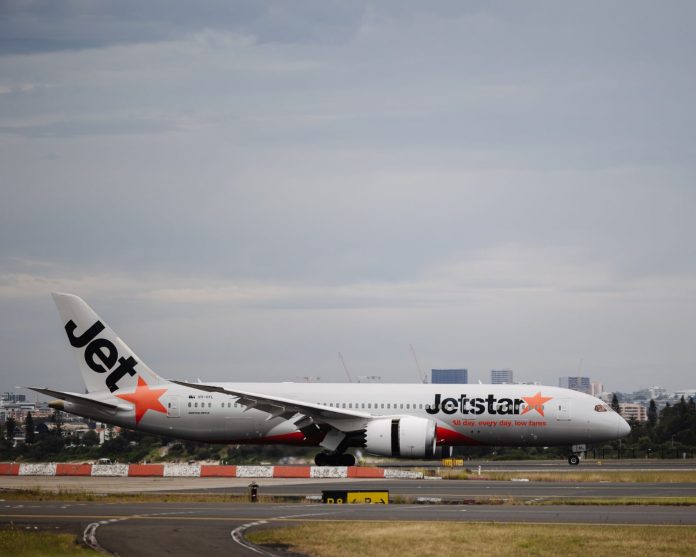 A miscommunication’ error has been blamed for a flight to nowhere that saw a Bali-bound plane full of holidaymakers fly straight back to Melbourne, where it had taken off from after spending eight hours in the air over Australia.

Disgruntled passengers blasted low-cost airline Jetstar after the blunder left them back on the ground in Victoria rather than on the golden beaches of Bali on Tuesday.

Already running five hours late, Jetstar flight JQ35 departed Melbourne at 11:14 pm on Tuesday. The Boeing 787 Dreamliner had been in the air for about four hours and had crossed five states when it suddenly turned back around within minutes of reaching the Australian coast.

Passengers found themselves back at Melbourne’s Tullamarine Airport at just before 7 am on Wednesday morning following the mishap.

The airline, a budget subsidiary of embattled Australian flag carrier Qantas, said the flight had been forced to divert because the Indonesian authorities refused to give permission for the aircraft to land in Bali.

Jetstar normally uses smaller single-aisle aircraft like the Airbus A321 on this route and, it turns out, the carrier failed to secure landing rights for the larger widebody aircraft that was operating the service on Tuesday night.

A spokesperson for the airline said a ‘miscommunication’ was to blame.

“Unfortunately, due to a miscommunication, the swap to a larger aircraft had not been approved by the local regulator in Indonesia,” the airline said in a statement.

“As soon as we became aware, the flight returned to Melbourne, and we have rebooked passengers on a flight later today.”

Jetstar didn’t give a reason for the late-notice aircraft swap, but considering the late departure of the flight, there could have been a technical problem that prevented the usual aircraft from being used. The airline looks to have got its hands on an available aircraft capable of operating the route but failed to secure landing rights from the Indonesian authorities.

Finnair Plans For Russian Airspace Closure To Extend Into The Winter