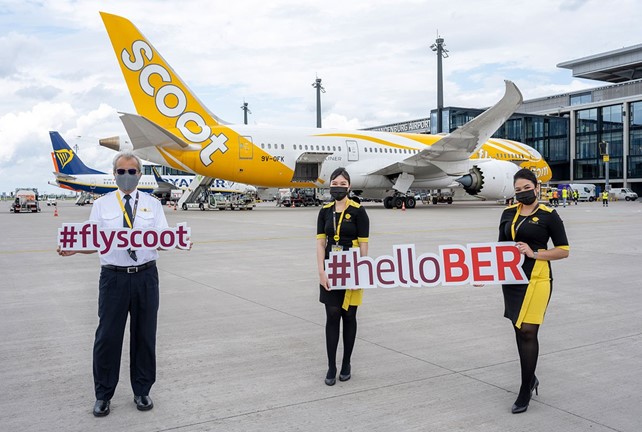 Scoot, the Singapore airline with the bright yellow branding, is back in the capital region and is now resuming the city’s connection with Asia. The Boeing 787 Dreamliner landed at Berlin Brandenburg Airport Willy Brandt for the first time on 10 August. The low-cost subsidiary of Singapore Airlines will now fly from BER to Singapore via Athens three times a week on Tuesdays, Thursdays and Saturdays. Scoot has gradually been returning to Europe since May, and is thus rebuilding its long-haul network. Non-stop flights between Central Europe and Southeast Asia from BER to Singapore are planned as part of the ongoing vaccination campaign.

Scoot will operate its Boeing 787 Dreamliner wide-bodied fleet for its flights between Europe and Asia. On board thus ultra-modern aircraft, passengers can expect a spacious cabin with ample storage space and large windows, as well as services such as on-demand inflight WiFi and in-seat charging points.

Avoid these ten mistakes when you travel

Germany opens to Spain and Portugal