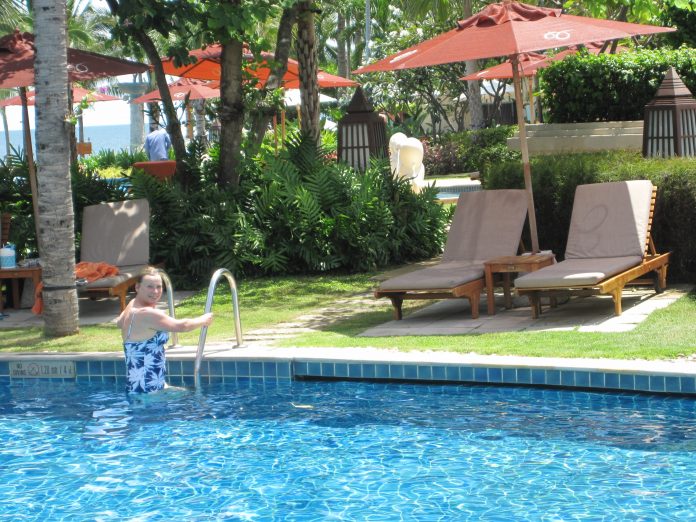 The cost of a holiday in popular beach resorts in Thailand is now on par with or higher than those in Greece, Italy, Spain, Turkey, and Egypt, which are closer to home for Europeans.

The cost of a five-star resort in Koh Samui, Koh Phangan and Koh Samed has reached around $500 per room per night including American breakfast. This is similar to the cost of a five-star beach resort in Greece, Italy and Spain, and dearer than a comparable property in Turkey or Egypt, which costs $350 a night, according to Diethelm Travel Group.

It is even pricier than a mountain resort in Germany, Austria, and Switzerland, which is $450 a room in the summer July/August high season for Europeans.

Diethelm, one of Thailand’s oldest and largest inbound specialists, does regular price benchmarking and shares the latest figures with Skift.

Prices for four-star Thai beach hotels also show a similar pattern: They cost around $350, as do counterparts in Greece/Italy/Spain, and are higher than the $200 in Turkey/Egypt and $300 in Germany/Austria/Switzerland.

A Thai holiday pricing has increased by about 30 percent in U.S. dollar terms and 40 percent euros over the last five years due to the appreciation of the baht and inflation, Diethelm’s Group CEO Stephan Roemer pointed out.

“This is definitely too much,” said Roemer, who also owns Switzerland’s tour operating company Tourasia, which specializes in Asia holidays.

“Hotels at the well-known resort areas in Thailand are more expensive than comparable resorts in Europe. I fear a negative impact in the medium to longer term [six to 18 months) particularly for the leisure market to Thailand,” he said.

The baht has kept on strengthening since January, due to the country’s current account surplus with $1 fetching only 30 baht now compared to 36 baht before, and the industry fearing it’ll get worse.

“Although there are many talks to resolve the issue, the baht keeps strengthening, and this is a tough challenge for our tourism industry. I admit that it has a negative impact on our business. I believe, although I do not want to, that the baht could reach below 30 baht to the US dollar,” said Danai Wansom, president and CEO of Well Hotels & Resorts Thailand.

But the baht isn’t the only cause for concern. Despite its appreciation, many Thai hotels have raised rates as they can count on Asian first-timers and repeaters to continue to flock Thailand.

However, a guest mix heavily slanted towards Asia has become an issue for some upmarket European guests for whom Thailand also appears to be losing a bit of amazingness. This is due to its political situation and overdevelopment, aside from the structural change in market mix.

“Some of the hotels have shifted their guest mix and sell a bigger percentage to the Chinese market. So the atmosphere in the hotel can change to the point where clients tell us they will not go back. This is a very important issue,” said Ruth Landolt, general manager of Asia365, a tour operating company based in Zurich that crafts tailor made tours to Asia for German-speaking markets.

Landolt saw a “two-digit drop” in business to Thailand this past summer although the upcoming winter business is “looking good, so we hope for the best,” she said.

“Thailand still has many places with a competitive edge, and those hotels that have maintained their rates are suffering much less, while those that have not listened and increased their rates considerably are now hitting the market with sometimes crazy reductions,” said Landolt.

“The destination that is getting a lot of business now is Vietnam,” she added. “We also have a lot of business to Japan, but this is a different market. Thailand is competing with Southern Europe, Egypt, Mexico, and the Caribbean or Indonesia.”

To David Kevan, a director at Chic Locations UK, the baht and Brexit are least of his concerns. One reason is the tour operator has made a conscious effort to attract more clients within the 55 years plus age group that are less affected by Brexit or the baht, and less tied to rigid travel dates.

His top grouse with Thailand — and with neighboring destinations such as Vietnam and Cambodia — is overdevelopment.

Kevan foresees many hotels in Bangkok, Pattaya, Hua Hin, and Phuket, in particular, being turned into condos in the next few years due to oversupply and owners wanting a quick capital return. In Vietnam, certain resort destinations are “unrecognizable” from five years ago, he said, while Sihanoukville in Cambodia “is just a disaster on every level unless your focus is solely on low-end Chinese sex and gambling tourism.”

Singapore is the only one that stands out in the region for proper planning and development, said Kevan. “With Singapore, short-term thinking is the next 10 years, long term is 50 years. With virtually every other country in the region short term is yesterday and long term is tomorrow.”

Chic Locations’ business to Phuket and Koh Samui is down year-on-year, which Kevan puts down to overdevelopment and “overfamiliarity” rather than Brexit or baht.

These islands have lost their glamor, he said. “It’s very much been there, done that. However clients are using the improved air links into both as gateways to travel onto Khao Lak, Koh Phangan and Koh Tao, so our business to Thailand this year on the whole is about 5 percent up, with Khao Lak, Koh Samed and Koh Kood all performing well.”

Unless these islands too go the way of their elder sister resort destinations and lose their quality and uniqueness eventually.

“Most of our clients want to see the uniqueness of Thailand. They are prepared to travel a little longer to discover resorts that are far removed from the mass market. And Thailand has these quiet places in abundance,” said Kevan.

Another high-end UK tour operator, Premier Holidays, however, said that Brexit uncertainty, which is being reflected in a weaker British pound, coupled with a very strong baht, is an issue.

And according to its product manager, John Parker, Thai hotels and resorts are making tactical offers that holiday prices to Thailand generally remain in line or better than other Far East destinations.

“Thailand has of course always benefited from a reputation of being a great foodie destination at an exceptional price. A strong baht does mean that eating out in Thailand is not quite as cheap as it used to be. It should be said though that prices are still reasonable when compared to prices at home,” said Parker.

Premier’s forward bookings for 2020 are up year-on-year, he added.