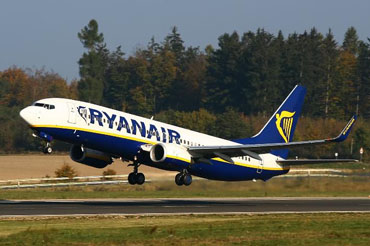 The International Civil Aviation Organization (ICAO) has condemned the state of Belarus in a new report into the diversion of a Ryanair flight in May 2021 that has been described by the airline’s chief executive and U.S. government officials as “an act of aviation piracy”.

The specialized agency of the United Nations has now finished its investigation into the incident and concluded that senior Belarusian officials orchestrated a fake bomb threat against the Ryanair flight which “endangered its safety”.

On May 23, 2021, Ryanair flight FR4978 was scheduled to fly from Athens to Vilnius, Lithuania but ended up diverting to the Belarus capital Minsk after the pilots received a bomb threat.

The pilots initially wanted to carry on flying to Lithuania but Belarusian air traffic controllers convinced the flight crew to land in Minsk instead.

The Boeing 737 with 129 passengers onboard landed safely but once on the ground, the Belarusian journalist and activist Raman Pratasevich who was aboard the flight was detained by local police. Pratasevich was wanted as a ‘terrorist’ in Belarus for his reporting on human rights issues.

Now that ICAO has officially pointed the finger of blame at Belarus, the report will be sent to the governments of the agency’s 193 member countries. ICAO is expected to report infractions of the Chicago Convention during an upcoming session of the agency in late September.

Perhaps unsurprisingly, Russia has expressed its “strong objection” to the report’s findings that Belarus was behind the “unlawful interference” of Ryanair flight 4978.

Scandic best to work in Europe

Both AF and airtraffis-controllers to strike tomorrow