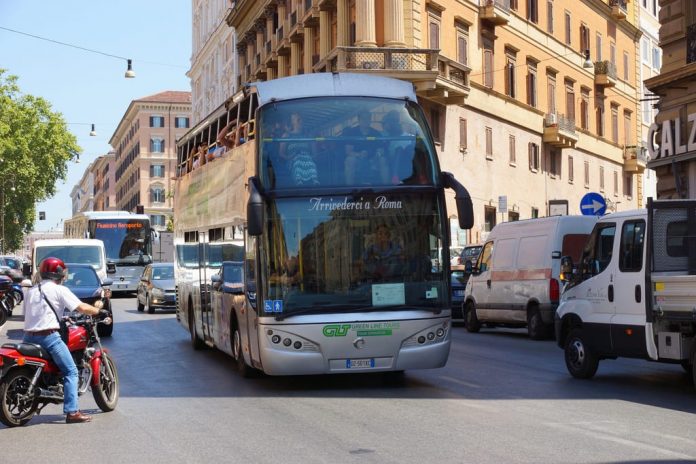 Euromonitor International, a market research provider, unveiled a new report ‘ Top 100 City Destinations 2018’, which highlights the top 100 most visited cities based on 2017 international arrivals estimates for 2018.

According to the new report, Asia is the most visited region – 6 out of 10 most visited cities are located in Asia: Hong Kong and Bangkok remain as the top two performers with Singapore (4), Macau (5), Kuala Lumpur (9), and Shenzhen (10) in the global top 10.

The only UK city featured in the 100 city destinations ranking is London, which represent the 3rd most visited city in the world by international tourists, and the first one in Europe. International arrivals to the British capital grew 4% in 2016-2017.

Euromonitor International’s consultant Wouter Geerts explains, “The big “known unknown” hanging as a dark cloud over London is Brexit. Can the city remain relevant as a major hub once split off from the EU? In March 2017, the mayors of London and Paris announced a joint tourism and business scheme, designed to encourage and facilitate the flow of trade and investment between the two cities.

London is one of the world’s leading cities to have fully embraced the sharing economy. At first, Airbnb grew slowly in London but it is now Airbnb’s largest city. Uber, meanwhile, has come across a few more barriers and only has a provisional licence to operate. The city’s traditional infrastructure, however, is blighted by capacity issues. Airport capacity is limited, and discussions on airport expansion have been going for over 50 years. In June 2018, the government finally gave its support for a third runway at Heathrow, which will not open until 2026. Meanwhile, Crossrail was touted as a game changer for ground transportation. Set to open in December 2018, the project has been delayed by at least nine months with a new opening date in autumn 2019.”

Portugal is again on the spotlight

With international arrivals reaching 2,2 million trips in 2017, Porto is featured for the first time in the top 100 ranking and is highlighted by Euromonitor International’s report as one of the cities to watch.

The Portuguese city rose 42 places in the ranking between 2012 and 2017, becoming the 96th most visited city in the world. The city should continue this upward path as international inbound arrivals expected to register healthy growth of 7% in 2018.

Portugal’s capital, Lisbon, was also featured the 100 cities ranking at the 62nd position in 2017.

Euromonitor International Travel Research Consultant, Wouter Geerts comments, “Tourism in Portugal is booming. International arrivals have grown from 12 million in 2010 to 22 million in 2017, today accounting for USD18 billion in tourism receipts and supporting over 1 million jobs. Portugal was hit hard by the global economic crisis, and tourism is seen as a main pillar of recovery. The country has benefitted from turbulence in other Mediterranean countries like Turkey and Tunisia, as well as Spain in a lesser extent. Offering a good value-for-money product helps the country market to international travellers. Cities like Lisbon and Porto are very aware of the issues other European cities have with overcrowding, and the country as a whole will need to ensure that it disperses visitors throughout the country, alleviating pressure on hot spots and sharing the economic benefits of increased tourism.”

Strong growth was registered in Turkish cities, as the country rebounded from a turbulent 2016. Istanbul remains the 3rd most visited city in Europe (and 12th globally) in 2017 with international arrivals reaching 10,7 million trips in 2017.

Antalya made the top 10 Europe’s ranking in 2017. The city will gain two positions in 2018 to become 14th most visited city globally, with international arrivals reaching 10,7 million trip this year.

After losing two positions in 2016 due to a series of terrorist attacks, Paris’ international arrivals reached 16,8 million trips in 2017, moving the city up one position to become the 6th most visited city globally. Nice, on the other hand, is expected to lose seven positions in 2018 compared to last year.

Geerts highlighted: “Paris moved above Dubai in the ranking. It had a bumper year after a disappointing 2016 due to the terrorist attacks of November 2015. Indeed, business tourism recovered strongly in 2017 with 8% growth closely linked to a healthy economic growth. A number of online and offline marketing initiatives by the city of Paris in coordination with the French state and the Île-de-France region bore fruit.”

Lviv is the only Ukranian city in the top 100 city destinations ranking (82). Due to geopolitical instability, Lviv have dropped out of the ranking but the increase in international arrivals have helped the cities to recover. The city is expected to post 2,7 million international arrival trips in 2018.