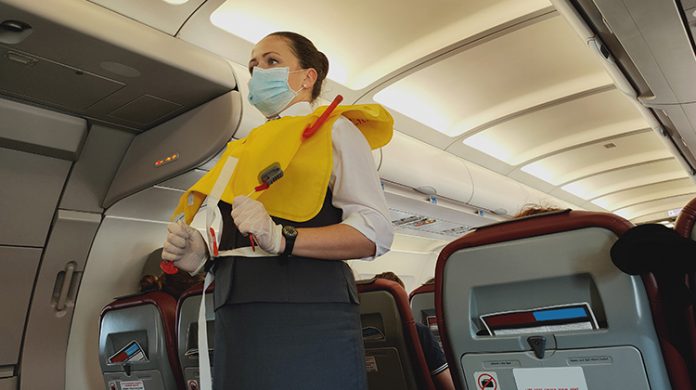 A new study found that around 85 percent of flight attendants have dealt with an unruly passenger incident in 2021.

According to data from The Association of Flight Attendants nearly 5,000 U.S. flight attendants surveyed were subjected to a physical incident over the last year, shedding more light on the increasing number of unruly passengers.

In addition, the study found that almost 60 percent of respondents said they had experienced at least five incidents of travelers misbehaving this year, while 17 percent reported the incident got physical.

Over 50 percent of the passengers involved in the incidents reportedly used racist, sexist and/or homophobic slurs. Out of the 3,615  unruly passenger reports received by the Federal Aviation Administration (FAA) since January, the vast majority (2,666) involved people who refused to wear masks.

It is time to make the FAA ‘zero tolerance’ policy permanent. “The Department of Justice to utilize existing statute to conduct criminal prosecution, and implement a series of actions proposed by our union to keep problems on the ground and respond effectively in the event of incidents.”

Miami Airport Becomes the First to Connect Consumers With Beacons –...