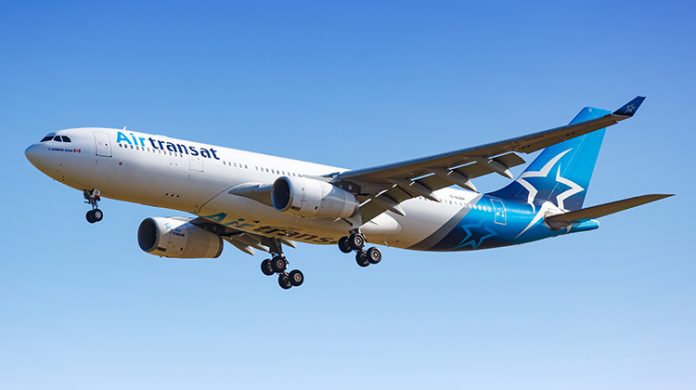 This was what happened to a five-month-old Air Transat Airbus A321neo earlier this month when the aircraft received heavy damage to its nose during a standard towing procedure.

Barely half a year old

This Airbus A321neo aircraft is C-GOIR, which took off on its first flight on July 8th this year. Just over a week later, on July 16th, the aircraft was delivered to Air Transat. The aircraft happens to be the first of two Airbus A321neos that Air Transat received this year, both of which were leased from Irish aircraft lessor AerCap.

Then three days later, on July 19th, C-GOIR operated its inaugural flight service for Air Transat as flight TS 628 from Montreal Pierre Elliott Trudeau Airport to Nice Cote d’Azur Airport. Configured for 199 passengers in a two-class configuration, C-GOIR is mainly used for the airline’s long-haul flights and is usually deployed to destinations in the UK, Spain, Portugal, Cuba, the Netherlands, Ireland, and the Dominican Republic.

Not quite a leap of faith

The incident first started when C-GOIR was being pushed back, and everything went along relatively smoothly until the tow bar allegedly failed by breaking. According to Air Transat, the airline commented:

“On Wednesday, November 2nd, a technical incident involving an Air Transat aircraft occurred at Vancouver International Airport where a tow bar broke as the aircraft was pushed back from the gate. Passengers were disembarked and booked on another flight.”

While it was fortunate that C-GOIR was not damaged during the initial incident, the aircraft’s fate was subsequently changed when the second incident happened just hours later when it was being towed. Air Transat confirmed the occurrence of the second episode by saying:

“Following the required inspection [from the first incident], the aircraft was towed to an overnight parking bay, and a second incident occurred where the aircraft collided with the tug. Damages were caused to the aircraft, but no passengers were onboard at that point. Both incidents are under investigation.”

Due to the snapped tow bar, the tow tug leaped underneath the aircraft fuselage and caused significant damage. Fortunately, there were also no reports of personnel injuries resulting from both incidents. Pictures circulating on social media showed C-GOI bearing a gaping tear near its nose section, and it was not the prettiest sight on such a young aircraft.

With only circulated pictures and an undetermined official cause of how the ground equipment failed twice, speculations arose that the tow tug itself was probably not meant to be used for narrowbody aircraft but instead meant for widebodies. Other assumptions included how the bypass pin for the tow bar was perhaps not inserted properly or not at all.

Whatever the actual cause of the ground equipment faults or if it is anyone’s fault, C-GOIR remains a relatively damaged aircraft and has since been grounded at Vancouver International Airport, where it awaits a lengthy repair process. It will take quite some time, but eventually, the aircraft will be flying through blue skies again and operating its regular long-haul flights out of Canada.

CEO of the year