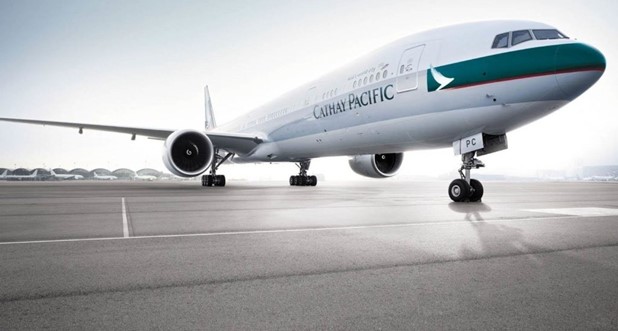 Cathay Pacific won’t reach pre-pandemic capacity levels until the end of 2024 at the earliest despite recent half-hearted attempts to reopen the territory to the world and ease tough border restrictions, the Hong Kong-based airline revealed on Monday.

Hong Kong has been isolated from the rest of the world for most of the pandemic, decimating the territory’s status as an aviation hub and virtually grounding its local airlines.

“The city’s borders were closed for much longer than other markets, and importantly, aircrew in Hong Kong were uniquely under quarantine constraints that weren’t lifted until September,” commented new chief executive Augustus Tang.

Tang has welcomed the easing of border restrictions, but Cathay Pacific will need the Hong Kong government to completely remove its pandemic-era travel controls if it is to realise its goal of reaching 70 per cent of pre-pandemic capacity levels by the end of 2023.

Strict quarantine rules were lifted in September, but inbound travellers must still subject themselves to a series of COVID-19 tests and run the risk of being forced to self-isolate if they test positive.

The city also still maintains an almost universal face mask mandate, and there are restrictions on group gatherings and other social events. Travellers have movement restrictions imposed on them, and civil liberties groups have questioned the purpose of a mandatory health-tracking app.

The new freedom to travel has mostly appealed to local citizens who can finally go on holiday for the first time in more than two years. That boost in travel demand has enabled Cathay Pacific to add 3,000 passenger flights between October and the end of December.

“Despite all this, our recovery trajectory is in line with other carriers that don’t benefit from a domestic market in terms of the time taken since borders began to open,” Tang continued.

Amidst reports that the airline is suffering an exodus of pilots and other vital operational staff, Tang insists it can maintain its current schedule and says pilot shortages are down to recertification issues.

Hong Kong has rejected calls to further ease border restrictions or local social distancing regulations, and the government has refused to set out a timeline for when pandemic restrictions could be completely lifted.

PR for tourism board

Spain and Greece losing to Turkey