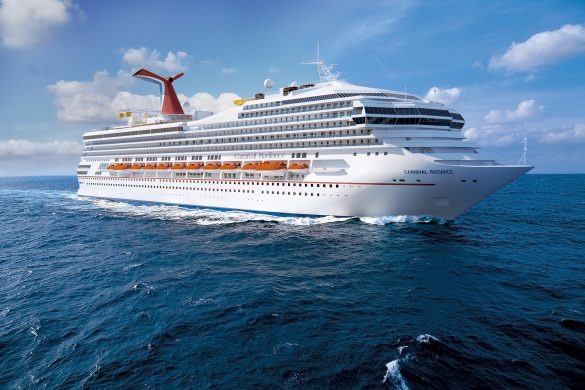 Carnival Cruise Line today announced its return to Europe in 2020 as part of the inaugural schedule for the revamped Carnival Radiance, previously known as Carnival Victory.

Following a $200 million make-over in dry dock in Cadiz over the winter, Radiance will embark on a 10-day Mediterranean sailing from Barcelona, followed by nine- and 12-day departures visiting key European ports.

The ship will then embark on a 13-day transatlantic crossing from Barcelona to New York from June 11, 2020, positioning the vessel for its inaugural season in the Big Apple.

Once in New York, Radiance will offer a series of four- and six-day Bermuda cruises as well as a four-day cruise to Saint John, New Brunswick, eight-day eastern Caribbean voyages and the line’s first Cuba cruises from New York – nine-day sailings that include a full-day and overnight stay in Havana and two Bahamian ports of call.

The New York programme will conclude with a series of Canada/New England voyages featuring stops in Boston, Portland, Saint John, and Halifax.

The ship will also offer four five- to seven-day voyages from Norfolk in October and November 2020, including the line’s first Cuba cruises from that port. The week-long Cuba cruises will feature an extended stop in the capital of Havana along with visits to two tropical Bahamian ports.

There will also be a five-day Bahamas cruise and a six-day cruise visiting three of the country’s most popular destinations, including the private island of Half Moon Cay.

Following the cruises from the Northeast, Carnival Radiance will reposition to Port Canaveral, to operate a winter schedule of six- to eight-day voyages to the Caribbean and Cuba beginning November 8, 2020. The programme includes six-day voyages featuring a day-long visit and overnight call in Havana and two Bahamian ports; a six-day sailing to Grand Turk, Amber Cove, Dominican Republic and Nassau, The Bahamas; and seven-and eight-day Caribbean voyages visiting some of the region’s most popular and beautiful islands, including Aruba, Curacao, St. Kitts and Grand Turk.

Building upon the popularity of short Bermuda cruises introduced on Carnival Horizon, Carnival Sunrise will offer a series of long weekend getaways to Bermuda as well as longer length Caribbean voyages and cruises to Cuba from the Big Apple from May 2020.

The programme includes eight nine-day voyages to Cuba featuring a full day and overnight call in Havana along with stops at the private Bahamian island of Half Moon Cay and Nassau. Eight four-day voyages to Bermuda will also be offered, along with seven eight-day voyages to the Caribbean and Bahamas.

Top 23 retirement havens in the world