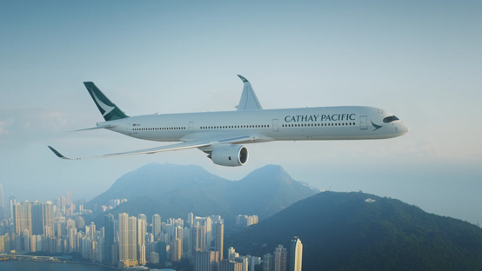 Cathay Pacific has fired three cargo pilots who caught COVID-19 during their layovers in a hotel near Frankfurt, Germany earlier this month. The incredibly rare outbreak amongst the Hong Kong-based airline’s staff has resulted in hundreds of pilots, cabin crew and other ‘close contacts’ being sent to a notorious quarantine camp for 21 days.

In a statement, a spokesperson for Cathay Pacific said the three foreign pilots were no longer working for the airline following an internal investigation that “indicate a serious breach of requirements during crew overseas layovers”.

Under Cathay Pacific’s and Hong Kong’s strict infection prevention rules, airline crew must self-isolate in their hotel rooms during international layovers even, like in the case of Germany, the host country doesn’t impose any of their own pandemic-related restrictions.

To prevent slipups, most airline crew who reside in Hong Kong must still enter quarantine on their return to the territory but cargo pilots are exempt from isolation requirements.

The findings of Cathay Pacific’s internal investigation remain under wraps but the pilots have been dismissed and on Thursday the Transport and Housing Bureau said it was “deeply regretful and can hardly accept the concerned cargo crew’s non-compliance with the requirements of the closed-loop operation during their layover”.

The so-called ‘closed-loop operation’ is an isolation and quarantine procedure in place for Hong Kong-based airline crew who take part in international trips.

“Though noting that these are individual cases, considering the severity of the incident, the THB has already directed Cathay Pacific to follow up on the matter seriously and to maker the best endeavours in preventing the occurrence of similar incidents,” the statement from the bureau continued.

Cathay Pacific has already started to station security guards in hotel corridors of all international layover hotels to keep an eye on its employees and make sure they don’t leave their hotel rooms during layovers.

Hong Kong is taking the outbreak so seriously that authorities have detained around 150 pilots and cabin crew who had spent time at the same hotel since the start of November at sent them to the Penny’s Bay quarantine camp.

Some family members and other loosely connected ‘close contacts’ have also been transferred to the facility where they will have to spend 21-days before their release.

The territory’s response to the cluster has proven to be the last straw for FedEx Express which announced earlier this week that it would permanently shut its Hong Kong pilots base in order to give more certainty to aircrew who were based in the territory.