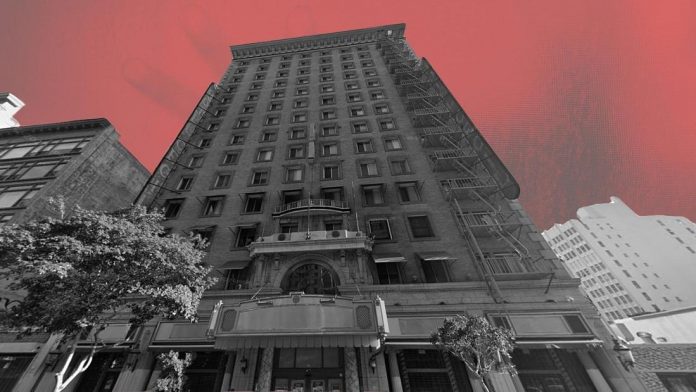 Cecil Hotel in Los Angeles is well known for its macabre

If you are a fan of macabre, terrifying stories and creepy places, you are probably familiar with Los Angeles’ Cecil Hotel.

Considered one of the most haunted hotels in the world, the Cecil hotel has been the stage of so many horrible, dark and bizarre deaths since its opening in 1924 that many believe that can’t be a coincidence: the hotel must be a place of evil.

At least 16 people are considered to have died in the hotel, among them murders victims, suicides and mysterious deaths. Including 21-year-old Canadian student Elisa Lam, now the subject of Netflix’ documentary Crime Scene: The Vanishing at the Cecil Hotel.

What happened to Elisa Lam?

Elisa Lam was on a solo adventure of the US West Coast in 2013 when she checked into the Cecil Hotel, where she had planned to spend just four nights. But after those nights had passed, Elisa Lam disappeared. Two weeks after she was supposed to check out, her body was found in the hotel’s water tank.

CCTV footage showing Lam’s erratic and strange behaviour in the hotel’s elevator only hours before her disappearance. Triggering several theories about what could have happened to the Canadian student, including unlikely ghost stories and tales of paranormal activity.

Her case went viral and still feels unresolved, despite accidental drowning and bipolar disorder, a condition Lam suffered from, being listed as a significant factor in her untimely passing.

But the lore surrounding the hotel is somehow stronger than any rational explanation. The horrible history of the Cecil Hotel is so poignant that it has even inspired fiction in the form of the TV show American Horror Story: Hotel, starring Lady Gaga as a terrifying vampiric Countess.

The hotel has changed ownership and even name throughout the years: in 2007 new owners bought it for $26 million (over €22 million) and redubbed it “Stay on Main.”

They stayed in business for years but got rid of the partially newly refurbished hotel in 2014, when the building was sold to hotelier Richard Born for $30 million (over €26 million).

The infamous hotel has been closed since 2017, when renovation works worth $100 million (€87.5 million) began on the structure. In the same year, the Cecil Hotel was awarded historic-cultural monument status by the Los Angeles City Council.

From horror hotel to housing complex

Perhaps even more strangely, the historic building has now reopened as an affordable housing complex, in a new partnership between owner Richard Born and the Skid Row Housing Trust.

The hotel’s 600 rooms have been turned into occupancy units served by shared kitchen areas, a laundry facility and a recreational area, which is apparently located on the same roof where the body of Elisa Lam was found.

The project is aiming to address surging homelessness in Los Angeles’ Skid Row, with eligibility to occupy one of the Cecil Hotel’s units requiring a salary between 30 per cent and 60 per cent of the area’s median income.

But only time will tell whether this positive rebranding will be able to alter the grisly reputation of the infamous hotel.

For the time being, it’s good to know the Cecil Hotel is finally home to actual people, and not just the ghosts that many curious observers have witnessed peeking out of its windows.