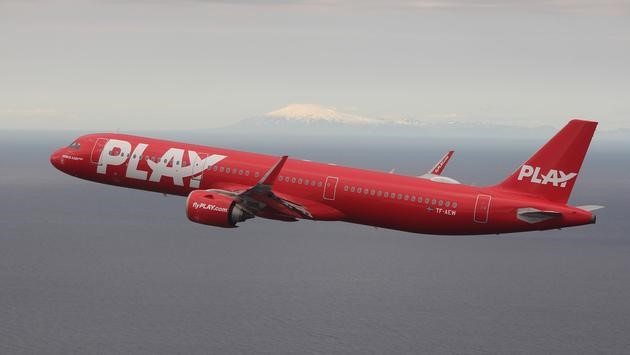 PLAY Airlines, a low-budget carrier operating flights between the United States and Iceland, was set to announce the addition of a third U.S. airport this morning, Tuesday, February 1.

Stewart International, a converted military base that just completed a $30 million addition of an international terminal, is about 70 miles north of New York City in Orange County.

The airport, with close proximity to NYC suburbs in northern New Jersey, eastern Connecticut and the New York counties of Rockland, Westchester and Putnam, is run by the Port Authority of New York and New Jersey. The PA had always hoped Stewart would turn into the New York area’s fourth major airport, but it has yet to materialize.

Stewart once had domestic flights from American, Delta and JetBlue, as well as trans-Atlantic flights on Norwegian Air. But all left the airport after cutting routes during the pandemic or, in the case of Norwegian Air, shutting down operations.

But that might change. Down to just one carrier at one point, PLAY would be the fourth airline at Stewart and second international carrier. In mid-January, Norse Airlines received tentative approval from the Department of Transportation to begin service between Stewart and Oslo, Norway, though there is no definitive start date.

To celebrate its service from New York, PLAY is offering a special introductory rate until February 7 of $109 on U.S. departing flights.

Brits and others need visa-waiver for EU

QANTAS REACHES OUT TO CUSTOMERS WITH A FORMAL APOLOGY