Home News Checking up on Scandinavians in Thailand 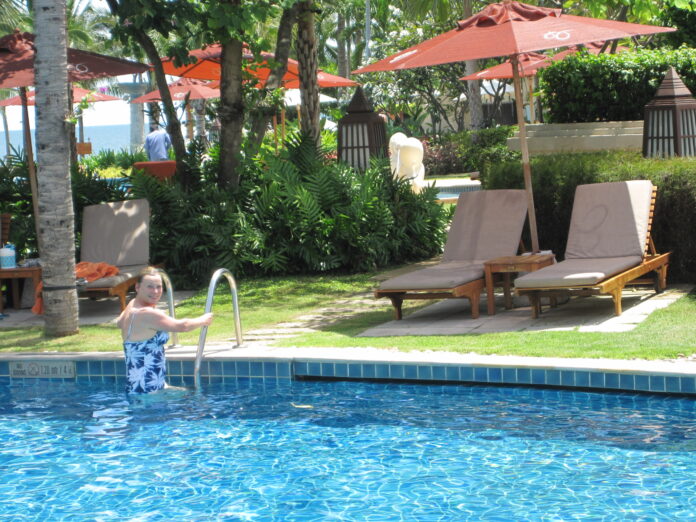 Checked up on Scandinavians in Pattaya

Norway’s ambassador to Thailand checked up on Pattaya’s efforts to care for hundreds of Scandinavian expats left in the city.

H.E. Ambassador Kjersti Rodsmoen and 30 staffers from Norway’s embassy arrived in Pattaya Oct. 8 for the meeting with Mayor Sonthaya Kunplome. At a city hall briefing, they exchanged opinions regarding overall tourism in Pattaya, both past and present, and learned about Pattaya’s plans for economic revival.
Mayor Sonthaya Kunplome and HE Kjersti Rodsmoen pay their respects to King Taksin the Great’s monument in front of Pattaya City Hall.

Kjersti said there still are hundreds of Scandinaavian expats and even some tourists still living around the city and she wanted to know what the city is doing to care for those citizens, some of whom are still stranded in Thailand.
The ambassador approved of the safety plans she heard and said she hopes Thailand will reopen to tourism again soon.