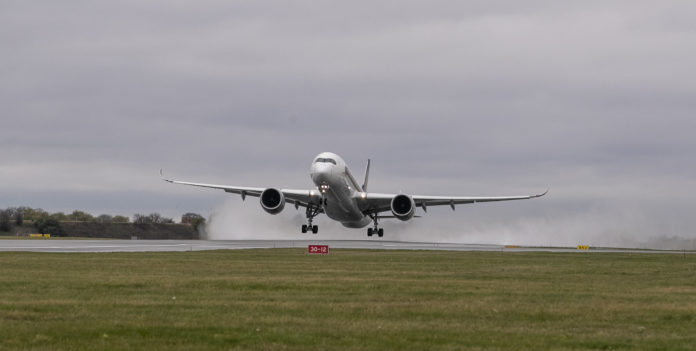 Airline association Iata is heaping further pressure on governments for support this winter as it warns the industry will “burn through” nearly £60 billion during the second half of this year.
The International Air Transport Association said the slow recovery meant the airline industry would continue to spend cash at an average rate of £4 billion to £5 billion per month during 2021.
Director general and chief executive Alexandre de Juniac said: “Historically, cash generated during the peak summer season helps to support airlines through the leaner winter months.
“Unfortunately, this year’s disastrous spring and summer provided no cushion. In fact, airlines burned cash throughout the period.
“And with no timetable for governments to reopen borders without travel-killing quarantines, we cannot rely on a year-end holiday season bounce to provide a bit of extra cash to tide us over until the spring.”
Iata estimates that despite cost cutting of more than 50% during the second quarter of this year, the airline industry went through £39 billion in cash as revenue fells by almost 80% compared to a year ago.
It believes the sector will go through an additional £46 billion to £54 billion in 2021. The industry is not expected to turn cash-positive until 2022.
Airlines have parked thousands of aircraft, cut routes and non-critical costs, and furloughed and laid off hundreds of thousands of staff to cope with the impact of the pandemic on their businesses.
Iata urged governments to come up with extra support for this winter such as financial aid that does not add more debt to the industry’s already indebted balance sheet.
So far, governments worldwide have provided £123 billion in support, from direct aid to wage subsidies, corporate tax relief and fuel taxes.
De Juniac said: “We are grateful for this support, which is aimed at ensuring that the air transport industry remains viable and ready to reconnect the economies and support millions of jobs in travel and tourism.
“But the crisis is deeper and longer than any of us could have imagined. And the initial support programs are running out. Today we must ring the alarm bell again. If these support programs are not replaced or extended, the consequences for an already hobbled industry will be dire.”
He warned against airline price rises. “Rate hikes on system users to make up the gap would be the start of a vicious and unforgiving cycle of further cost pressures and downsizings. That will prolong the crisis for the 10% of global economic activity that is linked to travel and tourism,” he said.
Recent figures from the Air Transport Action Group the downturn and slow recovery this year has put 4.8 million jobs at risk across the global aviation sector.
De Juniac added: “Increasing the cost of travel at this sensitive time will delay a return to travel and keep jobs at risk.”
The warnings come as Iata signs a memorandum of understanding with the World Tourism Organization (UNWTO) to work together to restart global tourism.
The agreement will focus on improving consumer confidence in travel and putting sustainability at the centre of recovery and future growth.
UNWTO secretary-generl Zurab Pololikashvili said: “Air travel is an essential component of global tourism. This partnership between UNWTO and Iata will see us work closely together to increase confidence in flying and tourism in general.”