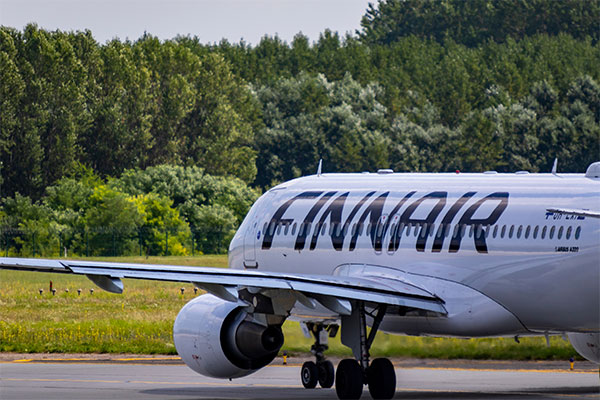 The Finnish airport operator Finavia has joined a Nordic initiative to enhance the development of electric aviation. The Network for Electric Aviation (NEA) is a unique initiative, where Nordic actors come together to accelerate the introduction of electric aviation in the Nordic countries.

“Electric-powered aircraft will likely be a vital part of tackling the environmental challenges of the aviation industry. As an airport operator we want to find out what kind of development electric flying will require from our airports”, says Henri Hansson, Technical Director at Finavia.

Since 2018, Finavia has been funding a fully electric aircraft, that had a successful test flight at Malmi Airport in Helsinki in summer 2018. Joining the NEA is the next step in contributing to the development of electric flying and a part of Finavia’s climate program which aims at decreasing co2 emissions at the airports.

“I believe that in Finland, the first electric passenger aircraft will fly on a domestic route by the end of 2020s. If a clean method such as wind or solar power is used to produce the necessary electricity, the electric aircraft of the future could fly completely emission-free. Electric aircraft will be suited especially for short routes”, says Hansson.

The NEA network members will meet in Helsinki this week. In a meeting hosted by Finavia and Finnair on the 28th and 29th January 2020, the members will discuss electric aviation in workshops. The topics include standardizing electric air infrastructure in the Nordic countries and developing aircraft technology for Nordic weather conditions.

“NEA is a Nordic network that works with both infrastructure, industry issues and new business models. We aim at highlighting the necessary aspects needed to provide credible roadmap towards Nordic electric aviation”, says Maria Fiskerud, project manager for NEA.

NEA consists of partners such as Nordic airport operators, Nordic airlines and start-ups specialized in electric aviation. The first network meeting was held in Östersund, Sweden, in December 2019. The work of the NEA is funded by Nordic Innovation, an organization under the Nordic Council of Ministers.