Home Hotel Hilton makes a splash on the Croatian coast 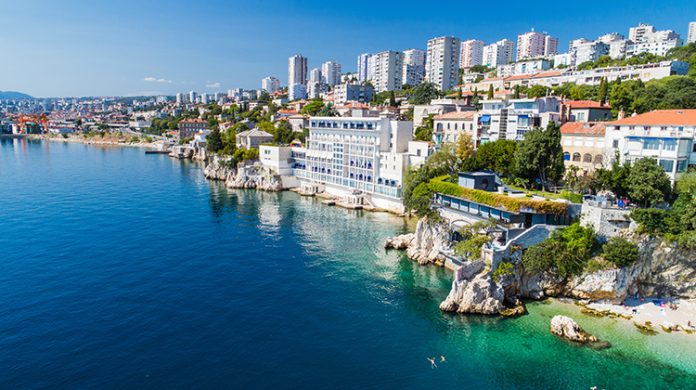 Hilton Worldwide is celebrating the opening of a premium resort hotel, featuring 132 rooms plus 62 villas and suites, in a picturesque spot on Croatia’s Adriatic Coast Beachfront heaven in Rijeka

Benefiting from a prime location between the lively city of Rijeka and the picturesque town of Opatija, Hilton Rijeka Costabella Beach Resort and Spa takes full advantage of the 200 m of private beach right on its doorstep. The hotel’s 132 guestrooms and 62 villas and suites enjoy spectacular views out over the Adriatic’s sapphire seas, and many boast  generous terraces.

Among its extensive amenities are an eforea spa and health club, Croatia’s first, which features 3,700 sq m of space for treatments, Himalayan salt rooms and Finnish saunas. There are also six F&B outlets onsite, including the rooftop Nebo Restaurant and Lounge helmed by Michelin-starred chef Deni Srdoč, as well as The Kitchen, Jedro Beach Restaurant and the Sunce Pool Lounge Bar.

“We’re excited to open another stunning property in Croatia that will appeal to a whole range of guests seeking a calm retreat on the Adriatic coast,” said Davis Kelly  Hilton’s senior vice president for continental Europe. “Croatia’s prominence as an international leisure destination is growing and we’re looking forward to welcoming guests at Hilton Rijeka Costabella Beach Resort and Spa, one of nearly 40 new openings planned this year in Europe.”