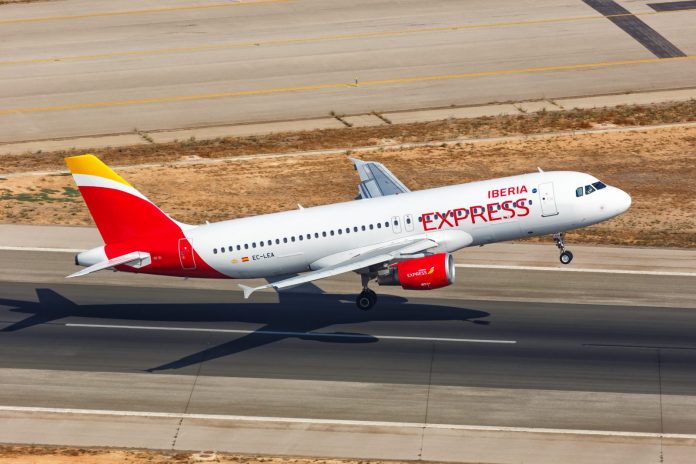 Cabin crew working at a low-cost subsidiary of Spanish flag carrier Iberia say they plan to stage 10 days of strike action stretching from late August into September after the union and the airline failed to reach a deal in protracted pay talks.

The USO union has called on more than 500 cabin crew at Iberia Express to stage strike action between August 28 and September 6 inclusive after the airline rejected calls for a pay rise that would keep up with surging inflation.

Iberia Express was created in 2012 as a lower operating cost subsidiary of Iberia for short-haul services on previously loss-making routes. The creation of Iberia Expres was highly controversial and came at a time when Iberia was desperately trying to cut costs as part of a desperately needed turnaround programme.

To keep operating costs low, both pilots and cabin crew are paid significantly less than their colleagues at the mainline Iberia operation.

Iberia Express now operates a fleet of 23 aircraft and flies to around 40 destinations both domestically within Spain and across Europe.

The Spanish government is likely to impose minimum service requirements on the union to guarantee air service to cities that don’t have alternative flights available. However, the strike will also include Iberia Express crew working flights on behalf of British Airways in London.

The USO union claims the IAG-owned airline has only offered a 2.5 per cent pay rise, whereas the union is demanding a wage increase totalling 16 per cent.

In its latest financial results, IAG said Iberia was the best performing airline within the group with strong domestic and Atlantic demand driving revenues.

The most expensive environmental zones

Next strike at AF on Tuesday