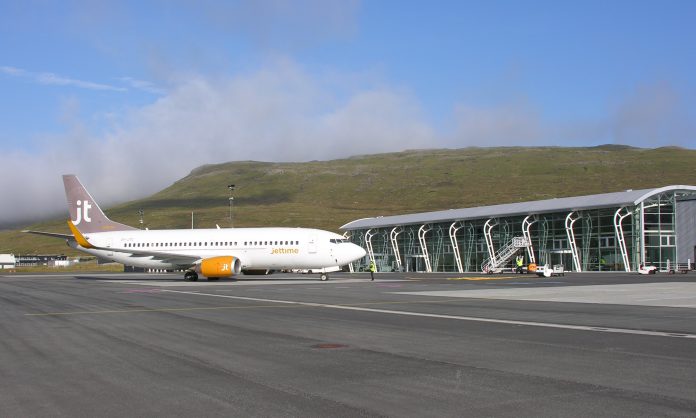 The amount of visitors to The Faroe Islands by plane is still climbing. Even though the solar eclipse was a big hit with more than 4,000 extra pax in March, March of this year 2016 still has more passengers than last year.

Also April 2016 brought growth. So far this year some 76,300 passenger have travelled through Vagar Airport, this is an growth of 7,8 % or plus 5,538 more pax compared to the same time last year.

The airport delivered a record profit of more than 4,6 mio. DKK. This was after the airport in April 2015 lowered airport-fees from 185DKK till 165DKK which reduced airport income by around 1,7 mio DKK. Furthermore the airport gave incentive and startup discounts to Atlantic Airways worth some 2 mio DKK.

Also investments have been made in two new fire-trucks from Rosenbauer, new communication tools for the tower and other investments. Investments totaled over 10 mio DKK in 2015.

The next big project is making space for more cars at the parking lot. It goes from 326 to more than 800.

Train travel can be as quick, cheap and easy to book...