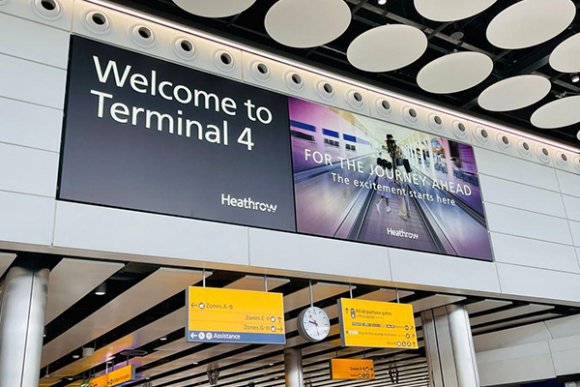 London Heathrow Airport (LHR) will reopen its Terminal 4 (T4) on June 14, the last of the airport’s terminals to become operational again following the severe traffic slowdown resulting from the pandemic.The following week, on June 21, Helsinki Airport (HEL) will officially combine its two terminals into one. Expansion of the Finnish capital’s airport is a €1 billion ($1.1 billion) 10-year project.
The reopening of LHR’s T4 comes as summer travel numbers ramp up post-pandemic, but the airport’s CEO John Holland-Kaye cautioned this week that it would be years before the airport returned to pre-pandemic traffic levels.

T4 has been closed for more than two years, although it was used for a period during the pandemic to handle passengers arriving from “red zone” countries who were then ferried directly to quarantine hotels.

The reopening will allow many airlines to return to their former home from temporary positions in other terminals.

The first airline to resume services from T4 will be Qatar Airways, followed by around 30 more over the following month. Traditionally, the terminal has been home to many Middle Eastern operators.

T4 is also the traditional home of Aeroflot, whose services are suspended because of sanctions imposed following Russia’s invasion of Ukraine.

The move will give T4 airlines more check-in space and access to their premium facilities again such as lounges. It will also free up space in Terminals 2, 3 and 5 ahead of the summer peak.

“While we are still years away from passenger numbers returning to pre-pandemic levels, reopening Terminal 4 will give airlines at Heathrow extra space across the airport, helping them manage the impact additional travel documents continue to have on check-in times,” Holland-Kaye said.

The airport said that it had taken the opportunity of the terminal being largely deserted over the past two years to carry out extensive refurbishment, including upgrading toilets, air conditioning and hold baggage-screening machines. “Overall, our ramp-up plan is on track, though it is not always easy to balance supply and demand during this intense recovery phase,” LHR said in a statement.

Conscious of lengthy delays that have occurred at Heathrow and many other European airports in recent weeks as facilities have struggled to reinstate staff, the airport operator said that it was recruiting up to 1,000 new security officers and other personnel, as well as supporting airlines and handlers in their own recruitment programs. Customer service team numbers have also been increased to try to ensure a smooth flow of passengers.

From June 21, the integration of Helsinki Airport’s facilities will mean that all passengers will arrive and depart via one terminal, with the former distinction between Terminals 1 and 2 vanishing. A new terminal extension was opened to passengers in December 2021 with the inauguration of a new arrivals hall and parking facility. The second phase was completed at the end of May 2022, when the new check-in hall and its security control were put into service.

When all operations are under a single roof, passenger transfers will be swifter, according to airport operator Finavia, noting that there is no longer a need to change terminals.

The expansion program will see the terminal area increase by 45% and the number of gates for widebody aircraft doubling to 16. There will also be a 50% increase in both baggage handling and passport control facilities.

The development program will finish in summer 2023, when the new baggage claim hall and renovation of the gate area for Schengen-area flights—the Schengen Zone covering 26 European countries allows unfettered travel among the participating nations—will be completed.