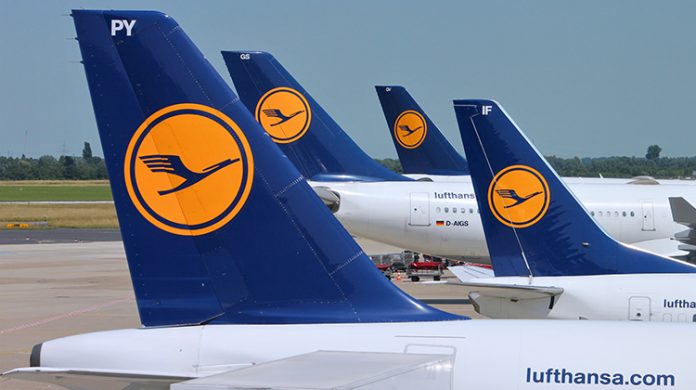 Lufthansa, Europe’s second-largest airline, has issued a letter to customers apologising for having to cancel thousands of flights.

Most of the airline industry is in chaos having been forced to scrap thousands of flights due to staff shortages internally and at airports.

Most airlines have been reluctant to comment on these problems or cited the post-pandemic rise in demand as the cause.

Some have blamed a shortage of ground staff at airports for the turmoil.

Lufthansa have taken a different approach.

How have Lufthansa flights been affected by travel disruptions?

Lufthansa has acknowledged that it has been struggling to cope with the rise in passenger numbers in an apologetic letter to customers.

“The ramp-up of the complex air transport system from almost zero to now almost 90 per cent is clearly not proceeding with the reliability, the robustness and the punctuality that we would like to offer you again,” the company wrote.

We tackled the question: What would it take to reduce the complexity of a multi-cloud estate?

The letter acknowledges that the situation is unlikely to improve in the coming months, in a rare show of honesty from an airline.

“Too many employees and resources are still unavailable, not only at our infrastructure partners but in some of our own areas, too,” the company wrote.

During the pandemic, some 2.3 million jobs were lost in the aviation sector with ground handling and security worst affected. Workers have also been slow to return, put off by low wages and long hours.

What Lufthansa flights have been cancelled this summer?

The airline added that while they are recruiting new personnel, the stabilising effect will only be seen this winter.

In the meantime, the company is already planning to scrap more than 3,000 flights this summer.

In the letter, the airline added that the war in Ukraine was increasing pressure on the industry. “This is leading to massive bottlenecks in the skies and thus, unfortunately, to further flight delays.”

How will flights be affected in 2023?

The German airline said that by summer 2023, they “expect to have a much more reliable air transport system worldwide.”

“We are further strengthening and modernizing our fleets with some 50 new Airbus A350, Boeing 787 and Boeing 777-9 long-haul aircraft and more than 60 new Airbus A320/321s in the next three years alone,” the company wrote.

The airline said it also hoped customers appreciated the difficulties facing the industry.

“We thank you for your loyalty; and we hope we may count on your understanding, too, should your journey not yet go quite as expected or planned.”

Lufthansa being upfront and honest with customers in this way is likely to build loyalty, essential in a time when airlines are struggling to win back trust.

The aviation industry is grappling with a sudden surge in demand following the lifting of travel restrictions in most countries.

The spike in customers has coincided with shortages of both airline and airport staff exacerbated by COVID infections.

So far, several airlines have been forced to axe flights for the summer including BA and easyJet.

Hundreds of British Airways (BA) employees at Heathrow airport have announced they will strike this summer over low pay. Ryanair cabin crew walked out last week in Spain, Portugal and Italy while easyJet staff in Spain announced industrial action in July.

What Do The Different Lights On An Airplane Exit Sign Actually...