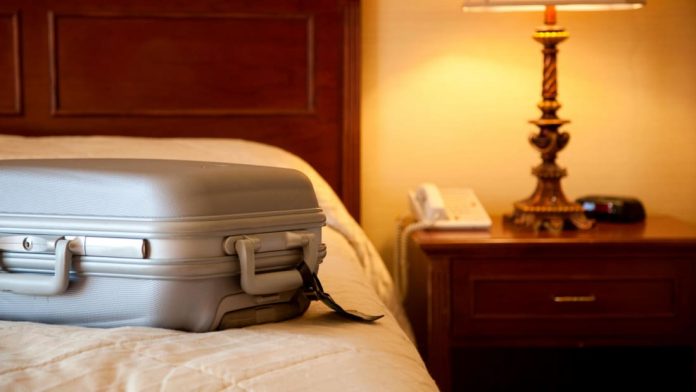 After two pandemic years of high satisfaction with hotels — thanks to good value, positive staff experiences, confidence in cleanliness and proactive communication — things have taken a turn for the worse for hotel guests.
Cost and fees are the biggest issue, according to J.D. Power’s 2022 North America Hotel Guest Satisfaction Index Study. Prices are up, and many travelers aren’t satisfied with the value for their money.
The 2022 satisfaction study, released Wednesday, showed an 8-point dip in overall satisfaction, for an overall satisfaction score of 822 out of 1,000. That score in 2020 and 2021 was 830.
While an 8-point dip might not seem very large, it is “statistically significant,” according to Andrea Stokes, hospitality practice lead at J.D. Power. That’s because the study is so large in terms of the number of guests surveyed — 34,407 hotel guests for stays between May 2021 and May 2022.
Satisfaction with hotel costs and fees dropped by 18 points from 2021, Stokes told CNN Travel. That dip is unusual, she said.
“We don’t often see double digits because our study is pretty stable usually year to year, but we’re not in a normal time. We’re still I think seeing the pandemic effects but also, of course, inflation.” The average daily rate for branded hotels rose 34.8% over the period of the study, Stokes noted.

Satisfaction with guest rooms also declined in 2022 — by 10 points — contributing to the drop in overall satisfaction and the drop in the perception of good value.
“Many hotel owners and operators are using this post-pandemic surge in travel to get back on a steady financial footing, yet they held back on investing in upgrades and improvements during the pandemic,” Stokes said in a statement. “Hotel operators must carefully balance a focus on recovery with the heightened guest expectations that come with higher room rates.” Last year, while overall satisfaction was higher, hotel guests were not happy about the breakfast situation — as many hotel segments that would typically offer a hot breakfast scaled back or eliminated that offering because of the pandemic.
“But this year, it seems like it’s less about food and beverage because a lot of breakfast has come back … but this year it’s about the cost and the value for money,” Stokes said.
The study analyzes hotel guest responses to more than 150 questions about their stays and looks at the performance of 101 brands across market segments from luxury to economy.
For a second consecutive year, The Ritz-Carlton brand ranks highest for customer satisfaction in the luxury segment. The Ritz-Carlton Maui, Kapalua, pictured here, has recently debuted some lavish updates. The Ritz-Carlton Maui, Kapalua

British Airways Gets Rid of Cabin Crew Layover Perk to Save...