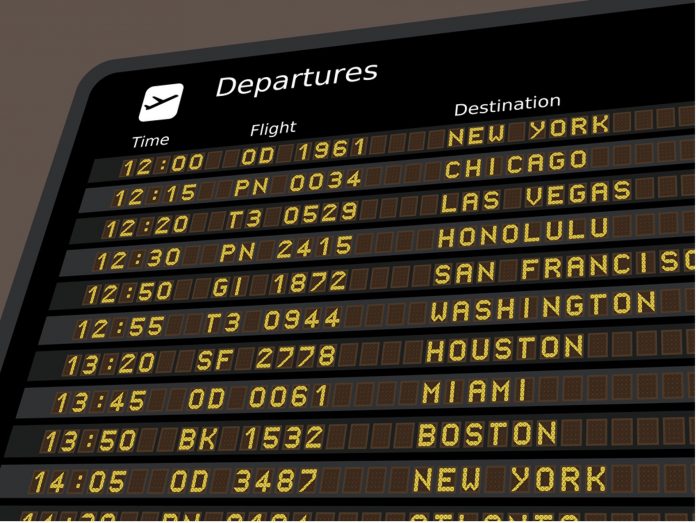 The European Commission plans to reinstate standard airline slots rules for the start of the winter schedule in October, but it also wants to make the system more flexible to deal with the impact of future pandemics and other crises.

The commission said that it would return to the standard airline slot regime of 80 per cent from 30 October. The “use it or lose it” slots rule is currently operating at 64 per cent for summer 2022 in the EU.

As a comparison, the UK government decided to set the slots threshold at 70 per cent for this summer, but had to introduce a temporary one-off “amnesty” on slot rules last month to encourage airlines to offer a more “realistic” schedule during the rest of the summer season following weeks of disruption.

The European Commission added that there will be more flexibility built into the EU system, so that the slots rules are more “resilient to large-scale disruptions”, such as another outbreak of Covid-19 or the impact on air traffic from the war in Ukraine.

Under these changes, airlines will be able to make use of the ‘justified non-use of slots’ (JNUS) tool, which was created by the EU during the pandemic. This would apply to events such as health emergencies, natural disasters or widespread political unrest, which have a “disruptive effect” on air travel.

The commission would also as a “last resort” be able to lower the slots usage rate if air traffic levels fell below 80 per cent of 2019 figures for four consecutive weeks due to a health emergency or other crisis.

Transport commissioner Adina Valean said: “Demand for air traffic is clearly back, and the time has come to return to normal slot use rates to ensure the efficient use of airport capacity, with fair and competitive access for airlines, to the benefit of passengers.

“But we must make sure we are better prepared for the unexpected. The JNUS clause has provided us with a particularly effective tool to manage crisis situations.

“Maintaining this tool will give us sufficient flexibility – an insurance – to act in case of a new deterioration of the public health situation, or indeed if we are faced with further fallout from the Russian war in Ukraine.”

The commission is also making proposals for how to restore the EU’s air links with Ukraine “when the time comes”, including a 16-week recovery period before slot-use requirements are applied when Ukrainian airspace reopens.

The proposals will now go to the European Parliament and Council and, if adopted, will apply from 30 October 2022 until 26 March 2024 when air travel is expected to have reached full recovery.

Airports organisation ACI Europe welcomed the return to the so-called 80:20 slots rule from this winter as it was “consistent with the dynamic air traffic recovery” taking place this summer. ACI also supported the flexibility created through the continued use of the JNUS provisions across the EU.

Olivier Jankovec, director general of ACI Europe, added: “Airports understood and accepted the need for slot waivers for airlines during the pandemic. But there is no question these waivers also came with forgone connectivity and forgone revenues for airports.

“Going back to the normal slot usage rule while still giving airlines the flexibility and protection they need when faced with travel restrictions or the impact of the war on specific markets is the right thing to do now that air traffic is finally recovering.”

Pre-Pandemic Flying Levels Are Still Another Two Years Away