Home Destinations Spain is planning to launch a high-speed train service from London to... 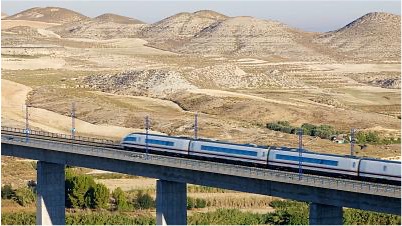 Spain is planning to launch high-speed trains between London and Paris, adding to the recent boom in European rail travel.

Spain’s national railway company Renfe says it plans to operate with “its own equipment” starting with “a minimum of seven trains.”

“In a second phase, the service could be extended to new French and international destinations,” the company said. There is speculation this would include running trains between Spain and the UK.

Renfe said its entry into the market would be helped by Eurotunnel. The firm, a subsidiary of the Getlink group which manages the Channel Tunnel, is very interested in the Spanish operator’s plans, according to Renfe.

Hot on the heels of Eurostar

Renfe says they expect the route to be profitable – nine million passengers took trains between London and Paris in 2019.

The move will make them a direct competitor of Eurostar who have run trains between the two capitals since 1994.

However Eurostar’s business has suffered as a result of travel restricted during COVID-19. After months of speculation, they were rescued by a financial package in May this year.

The French group has invested some 600 million euros in its Spanish adventure.

The Italian flag carrier always has a margin to surprise once...