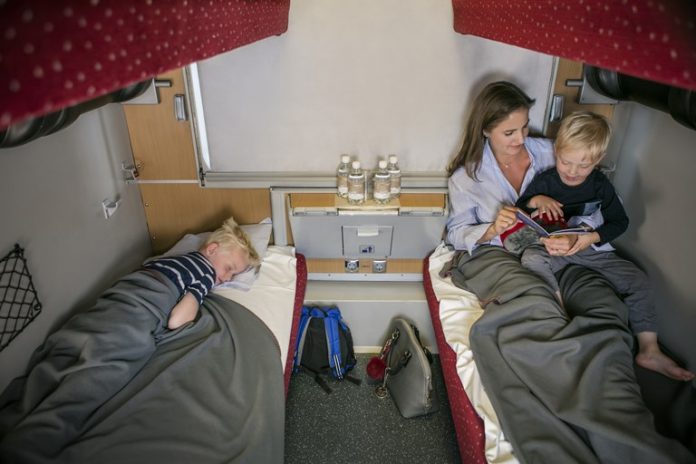 Train travel is becoming popular again, offering travelers the chance to cover large distances while enjoying the journey. It’s true — if you travel by air you’ll get there faster. But travel by train in order to really see the countryside, enjoy plenty of leg room and get off and back on the train at your leisure.

Train travel also allows you to travel the world while doing other activities you can’t do while driving – read a good book, enjoy some online casino fun, or just plain “people watch” – so let’s go….get on the train.

Some of the world’s top train routes include:

One of the best ways to see the Grand Canyon is the Grand Canyon Railway. The train journey is a unique experience that allows you to take a legendary journey in one of the world’s natural wonders. The Grand Canyon Railway departs leaves Williams, Arizona (30 miles west of Flagstaff) daily at 9:30 and travels almost due north to the South Rim of Grand Canyon National Park, a 2 hour, 15-minute journey. That’s only 45 minutes faster than when the train made its first trip in 1901. You have the day to walk around the area and then get to the depot by 3:30 p.m. when the train returns to the Williams Depot.

The railroad adds a second train that runs 1 hour behind the first car at peak demand times.

The journey will take you to see the Colorado Plateau which is centered in northern Arizona and includes many different types of landscapes: from the plateaus to the Pinion and Ponderosa pine forests.  It’s possible to see some of the area’s wildlife along the journey including elk, mountain lions, mule deer, pronghorn (antelope), bald eagles,  horned owls, ravens and California condors.

The Cass Scenic Railroad offers a chance to relive the days in the early 20th century when locomotives hauled lumber to the Cass mill. Now those old logging flat cars have been refurbished and they carry passengers from Cass to Bald Knob. The train climbs up the state’s third-highest point and stops at a spring where the steam locomotive takes on water to produce its steam power. Passengers are treated to spectacular views on the 4 1/2 hour train ride that allow them to peer into the valley below and into two states.

To increase the feel of an old-time train journey, the train will make a 30 minute stop at the Whittaker Station for a “King of the Road” hobo lunch. The travel ticket includes museum admission and a tour of the logging camp

Schwyz, the ski resort and car-free village in of Stoos, has the world’s steepest public funicular —  a mountainside railroad that operates by cable with ascending and descending cars counterbalanced at a steep gradient of 110 percent (1 in 0.9). Each of the four funicular cars consists of four large-windowed cylindrical compartments that rotate, creating a situation in which the passengers are always on a horizontal seat or floor.

The funicular is the world’s steepest railway. It brings travelers from Schwyz to Stoos. Travel time is 3-5 minutes and brings travelers to a mountain station which is located in the middle of the village right in the ski area.

The Caledonian Sleeper is an England-Scotland run with both highlander and lowlander routes that link the London Euston station with Glasgow, Edinburgh, Fort William, Inverness, and Aberdeen. The train travels through some of the most beautiful landscape of northern England and Scotland and features reclining Comfort seats, secure lockers, rooms with single or twin berths plus a washbasin, club rooms with twin or single berths and en-suite showers and lavatories, and suites with a double bed plus the lavatory and shower.

The Trans-Siberian Baikal-Amur Mainline is 2700 miles of track that runs north of the Trans-Siberian Railway across Russia’s Far East. There are several journeys from which to choose – the main 15-day East to West trip or any of the other trips that go to Vladivostok, Ulaanbaatar, the Golden Horm, Amursky Bay, the Goby desert, Krasnoyarsk, Irkutsk, Yekaterinburg, and the Great Wall of China.

The Dhaka to Sreemangal rail line brings travelers along Dhaka’s Buriganga River and then turns up-country for a journey that passes through one of India’s most spiritual center of towering mosques and Hindu temples. The diesel then turns to move into the region of banana fields and savannah on its way into Sreemangal, Bangladesh. There travelers will see the fruit basket of the country with lemon groves, pineapple plantations and fields of tea. The journey takes 11 hours and for those who want a nighttime trip, there’s a sleeper night-train.

The 300-mile Jungle Train was built by the British to harvest Malaysia’s rubber, tea, and tin. It weaves through rubber estates and vast tea plantations from Tumpat, near Kota Bahru on the East Coast, to the junction with the country’s main line at Gemas. During the trip, vendors sell pandan leaf wraps of lamb curry for pennies. In addition to passengers, the line transports dried fish, tea, peppers and aubergine to rural residents.

The northern section of the line is the remaining “jungle” section where precipitous cliffs tumble into surging brown rivers. The journey is, in itself, an experience that shouldn’t be missed. The Jungle Railway is 526 km long and includes stops in remote, jungle-surrounded villages including five stations in Kota Bahru (Tumpat, Wakaf, Pasir, Panjang, and Bharu) and five stations in the interior (Dabong, Gua Musang, Batu, Meropoh and Jerantut).