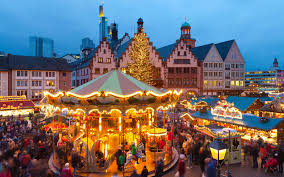 Tourists visiting Europe’s popular Christmas markets are being warned of the risk of further terror attacks after a truck deliberately ploughed into shoppers at a festive market in Berlin in December, 2016.

The Foreign Office has updated its advice for those travelling to several countries which host Christmas markets, including Germany, Austria, France, Spain, Italy, Sweden, Denmark and the Netherlands.

It says: “There is a general threat from terrorism. There may be increased security in place over the festive period, including at Christmas markets and other major events that might attract large crowds. You should remain vigilant and follow the advice of local authorities.”

Some 12 people died and a further 56 were injured in the attack in Berlin, which was carried out by a Tunisian failed asylum seeker.