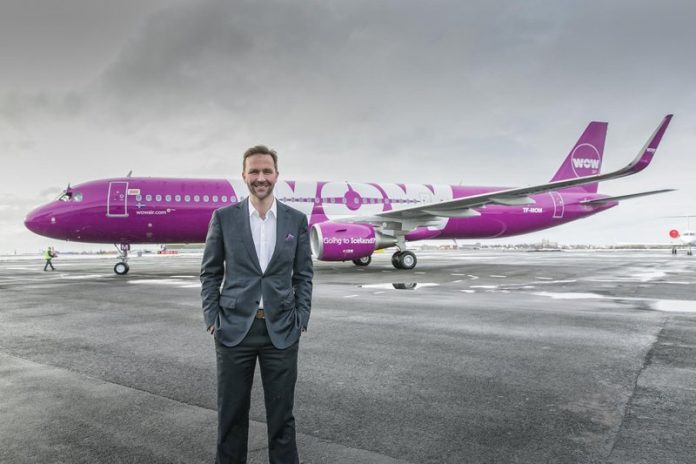 After severel days of negotiating with banks, WOW air this morning cancelled all flights

Wow Air has ceased operations after it failed to secure a rescue deal.

The airline had already cancelled flights today, claiming it was just until it finalised a rescue deal with a group of investors.

But this last-ditch attempt has failed and the airline has now been forced to stop flying once and for all.

The cash-strapped airline had already cancelled some flights earlier this week after a potential rescue deal with rival Icelandair fell through for a second time.

Icelandair had reopened talks with Wow after the low-cost carrier lost the support of a potential US financial backer last week, but discussions broke down over the weekend.

Icelandair announced on Sunday that ‘its possible involvement with Wow Air’s operations, as announced on 20 March 2019, will not materialise’.

Chief executive of Icelandair Group Bogi Nils Bogason added: “The financial position and operations are such that we did not see any reason to continue.The airline had been given until March 29 to present a rescue plan to its lenders.The airline, which operates low-cost flights from the UK to Reykjavik and onwards to the US and Canada, has been scrapping unprofitable routes since late last year.It had also announced plans to axe its Gatwick flights from March 31, focusing on its Stansted operation instead.

It is telling passengers to rebook with other airlines and says these might be offering special ‘rescue’ fares.