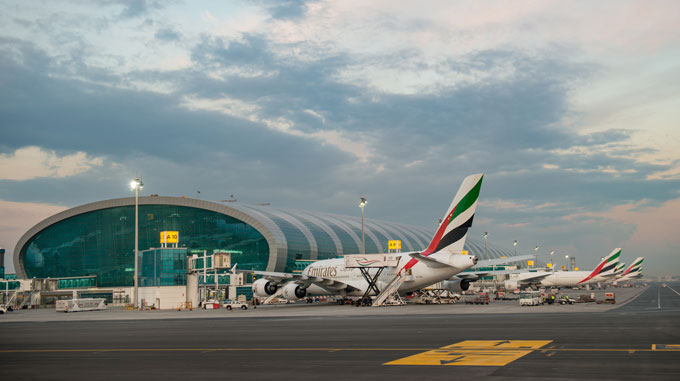 Every passenger leaving the UAE from any of Dubai’s airports will pay a service fee for using airport facilities.

Sheikh Hamdan bin Mohammed bin Rashid Al Maktoum, Crown Prince of Dubai and Chairman of Dubai Executive Council, has approved a resolution to introduce a fee of AED35 ($9.50) to be collected from passengers using the emirate’s airports.

Every passenger leaving the UAE from any of Dubai’s airports, including transit passengers, will be charged AED35 as a service fee for using airport facilities. The resolution exempts passengers below two years and cabin crew from paying the fee in addition to those transit passengers who have same arrival and departure flights.

Airlines operating in Dubai airports are tasked with collecting the fee while issuing tickets, whether in the UAE or outside the country, effective 1st March 2016 for flights departing Dubai’s airports after 30 June 2016. The collected fees will be transferred to Dubai Airports, and subsequently to the Dubai Government public treasury.

The resolution aims to improve Dubai’s airport infrastructure and boost its capacity, which is set to reach 100 million passengers by 2023, as well as support expansion projects such as the state-of-the-art Concourse D at Dubai International Airport, the expansion of Terminal 2 and the renovation of Terminal 1.

Need to know! Best Seat On The Plane To Stay Healthy

US Minister learned about cycling in Oslo and Copenhagen

Marriott back in Pattaya