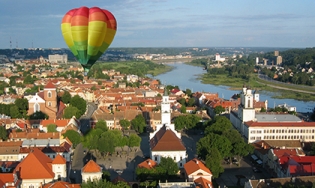 Europe’s travel ban on Americans and most other foreigners remains in place, while Algeria is removed from the EU’s safe travel list.
As EU diplomats meet in Brussels to review the lifting–or reimposing–of travel restrictions on foreigners, Europe’s borders will now stay shut to Americans, and dozens of other countries worldwide.
The fortnightly review of Europe’s external border closure has led to no other countries being added to the safe list of tourists welcome in Europe.
During the meeting, EU government officials urged for no expansion of the “white list” of 12 countries, and for Algeria being removed. This brings the list of countries to whom Schengen zone borders are open to 11.
The EU will recommend the decision to all member governments, after the official announcement of the updated list was made.
This is the second review of the list since the bloc reopened for tourism.
The timetable of progressive border reopening, and in some cases closing, has so far looked like this:

On July 1, the EU opened its borders for visitors from 15 countries. (China was the 15th based on reciprocity, which has not been forthcoming). For the first time in almost four months, “non-essential” travel to the Schengen countries was possible.
• Then, on July 16, the European Commission updated its list of “safe countries” welcome in Europe. Not only did the list not expand, it shrunk: to 13 countries.
• Serbia and Montenegro were removed as a result of surges in Covid infections. In effect they were added to the “red list” of countries still not welcome in Europe.
• Now the culled list of 11 countries will look like this after all members gave the decision the official nod: Australia, Canada, Georgia, Japan, Morocco, New Zealand, Rwanda, South Korea, Thailand, Tunisia and Uruguay.
• After that, members are free to do what they want with their borders. The EU offers guidelines only. Most however do toe the line, particularly on keeping borders closed to red list countries. Some have not opened their borders to all the white list.
• China is still not included in the official count, given the lifting of travel restrictions will not proceed until it lets in EU visitors.