When the White House announced last month that it would be implementing a new system of entry for foreign travelers at some point in “early November”, the world was left wondering when exactly that might be, what the new rules for entering the U.S. would include and to whom they would apply.

The government followed up with a disclosure that, while the new plans will make travel to the U.S. available to citizens of countries that are currently banned, they will also rest on a requirement that all inbound foreign nationals be fully vaccinated against COVID-19 prior to entry.

Now, new details have emerged about which vaccine types will satisfy the requirement for international travelers looking to enter the country. A spokesperson from the U.S. Centers for Disease Control and Prevention (CDC) revealed that these will include vaccines approved by either the U.S. Food and Drug Administration (FDA) or World Health Organization (WHO).

“Earlier this week, to help them prepare their systems, we informed airlines that the vaccines that are FDA authorized/approved or listed for emergency use by WHO will meet the criteria for travel to the U.S.,” CDC spokesperson Caitlin Shockey told USA Today.

The FDA has authorized three vaccines from three manufacturers for emergency use in the U.S.: Moderna, Pfizer-BioNTech, and Johnson & Johnson (Pfizer-BioNTech has even been granted the FDA’s full approval). The WHO has approved a few others in addition to those three: the Oxford-AstraZeneca/Covishield, Sinopharm and Sinovac vaccines.

Shockey didn’t impart any information about whether foreign travelers who’ve been inoculated with other vaccine brands would be allowed to enter the U.S. for tourism purposes or, if so, what protocols would apply to them. “CDC will release additional guidance and information as the travel requirements are finalized,” she said in an emailed statement.

The new entry conditions will dictate that foreign nationals provide proof of full vaccination prior to boarding any U.S.-bound flights, as well as that they supply proof of a negative COVID-19 test taken within 72 hours of departure. Officials have also indicated that the new system will include enhanced contact tracing.

White House press secretary Jen Psaki has reportedly also revealed that the government will strengthen testing requirements for both foreign nationals’ and returning U.S. citizens’ unvaccinated children. Currently, kids aged two and older must show proof of a negative test taken within 72 hours of boarding their flight to the U.S.

Meanwhile, would-be overseas tourists are frustrated by the fact that no firm date has been set for the implementation of this new system, which makes attempting to book their trips to the U.S. an extremely uncertain prospect. 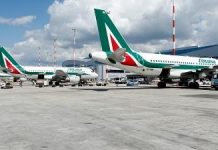 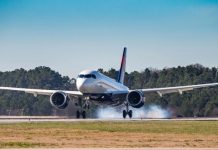 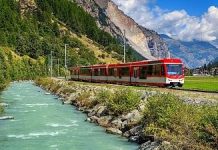 60,000 free Interrail passes are up for grabs – but you need to be quick