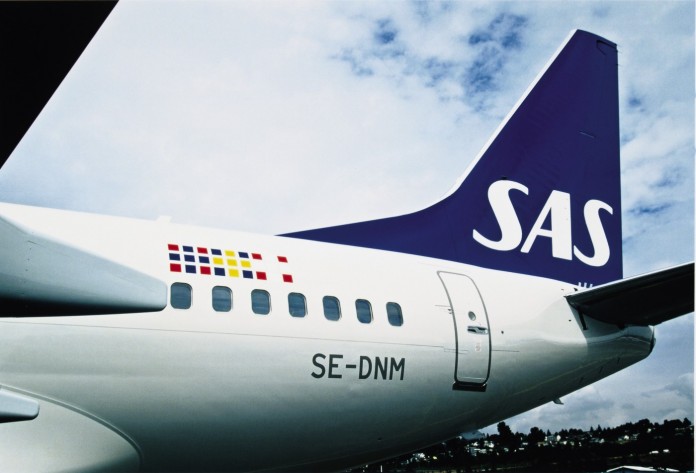 Anko van der Werff, CEO and president of SAS, discusses how the Scandinavian carrier is handling the recovery, the challenge of scaling up operations and the ongoing evolution of its network.

How is business at the moment? Are you as far along in the COVID recovery process as you anticipated?

When you look at this summer, commercial activity throughout spring has been strong. There’s no other way about it—it has been really, really good. There is lots of pent-up demand and people will travel this summer. However, I am a very positive, glass half-full person typically, but I’m still not convinced by the winter season.

I’m cautious because things are still not back to normal. If you look at the Netherlands, they are preparing to deal with between five and 10 million infections next autumn and winter out of a population of 17 million. That will have an impact again.

I therefore question what will happen as of August when people are back from their summer holidays and the real test will be the winter season.

In terms of our recovery, we are probably not where we wanted to be. Every time we thought we were getting there we were held back. First it was delta, then omicron, and then the war in Ukraine. Each put a dent in where we hoped we were going to be.

How difficult has it been to scale-up your activities as we head into the peak summer season?

Tremendously challenging. As I said, every time we thought we could get back to normal business, ramp up activities and do fun stuff, something else happened. Airlines are used to ramping up and ramping down at certain times—like during a snowstorm or what have you—but this has been extraordinary. That is why we took the decision we did now [to cancel 4,000 flights this summer] as we didn’t want to wait until July when there’s real stress on the system. The vast majority of the changes that we made were for people to take a later or earlier flight.

You recently announced plans to restructure your operations, including launching new short-haul subsidiaries SAS Link and SAS Connect. What is involved and what do you hope to achieve?

The aim is, of course, quite straightforward. We need to be competitive. There are so many things we could do if we could unleash our full potential. So, the objective of the plan is to make sure we’re competitive.

SAS Link is set up as a regional airline and we’re starting here in Bergen as we need to be relevant in secondary cities. If you look at Scandinavia, it has some fantastic, beautiful cities, but not a lot of mega-cities like New York, London or Paris. We’re not like Germany with 80 million people—we’re 20 million people divided over three countries. The biggest city, Stockholm, has a catchment of a million and a half or something. We therefore need that regional relevance.

What does the plan mean for your network? Are you looking to open more regional bases?

Yes, we are. There are at least two that we have identified and hopefully more to come after that. It’s logical because we don’t have catchments of 9 million people like London, so we have to focus on regional connectivity and inter-Scandinavian connectivity.

We’re also exploring what we can do with the A321LR—that’s an aircraft that can connect parts of the world that aren’t very dense. We haven’t operated it for a long time, but the first indications are good. We’re starting Toronto soon, both from Stockholm and from Copenhagen, and that’s an example of something we couldn’t do with a widebody but can test with a narrowbody.

You’ve got three A321LRs at the moment. Do you see that fleet growing?

As part of SAS Forward, we’ve been quite clear that we’ve got too many widebodies at the moment. The world has produced too many widebodies as a whole and I think that therefore the world is now stuck with finding solutions for them. It’s even more obvious with the restrictions on Ukrainian and Russian airspace.

Pre-COVID, we had about five widebodies dedicated to Asia. For the time being, there is a very meagre one weekly frequency to Shanghai. It’s not great with five wide bodies—that’s an understatement. So, before we even start thinking about different solutions, we need to get the basics right. We need to solve Asia, solve the widebody problem, and then start utilizing our remaining fleet, including the A321LRs, to the fullest extent, and then let’s look at new opportunities.

Where do you see some of those opportunities when it comes to network development?

I think there’s three destinations at least in North America and Latin America that we could so additionally, and probably at least three-to-five in Asia that we could really deploy capacity at some point. But we need to make sure that we get to the right fleet and the right number before we take those steps.

Corporate travel was a large part of your business pre-pandemic, but you have pivoted more towards leisure in recent months. Is that change here to stay?

I do think that business is returning. We are seeing a rebound, but it is from a different base and to a different threshold. I think there will be more of a [longer-term] impact on business, compared to leisure, so for an airline such as SAS, we need to go with the flow. That new flow is far more leisure based. We see it on a on a day-by-day basis—leisure is rebounding faster so it would be wrong to not go for it.