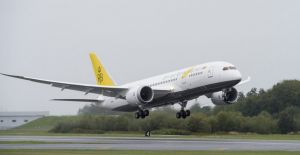 Royal Brunei will no longer operate nonstop between London and Bandar Seri Begawan.

Effective November 1 Royal Brunei will operate to Bandar via Dubai, as it did until 2018.

It is expected to gain fifth-freedom rights between London-Dubai and vice versa as happened before.
It means that if approved, Royal Brunei will doubtless offer keen fares through the travel trade.

This is good news for economy-minded corporate travellers and the many expats based in the UAE.

Thrice weekly schedules by B787 are:

Note that flights depart London every Wednesday, Friday and Sunday.