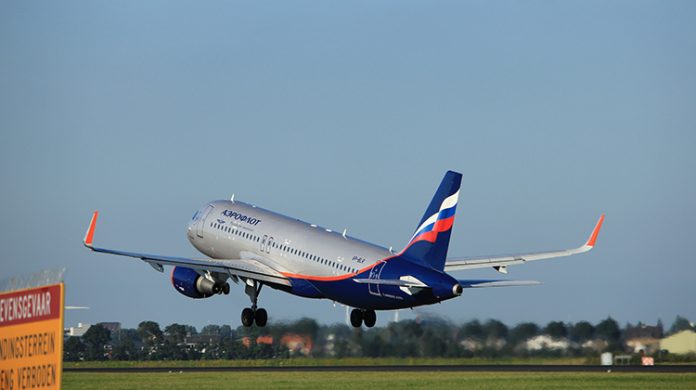 Flights to leave Russia are selling out fast after President Vladimir Putin ordered a ‘partial mobilisation’, a euphemism for conscription, on Wednesday morning. The Russian government is calling up 300,000 reservists immediately and there are plans to conscript others who have professional experience as a soldier.

Many Russians fear that Putin will go even further as the situation in Ukraine deteriorates over the winter months. Men of fighting age could be barred from leaving Russia so that they can be conscripted at a later date but Defense Minister Sergei Shoigu said no decision had been made on whether the borders should be closed.

But in anticipation of Putin’s first address to the Russian people after the invasion of Ukraine, internet searches for one-way airplane tickets out of Russia had already spiked.

Putin was originally meant to go on air on Tuesday evening and rumours of a general mobilisation soon started to spread. Google Trends data shows a spike in searches of Aviasales, Russia’s most popular flight comparison site after it was announced that Putin would be addressing the country.

The fact that Putin only announced a partial mobilisation on Wednesday morning was not enough to stop a rush for one-way tickets out of Russia. Reuters reported that direct flights from Moscow to Istanbul and Yerevan in Armenia had sold out on Wednesday and ticket prices have soared in response to the spike in demand.

Flight options for most Russians are already limited after many countries imposed sanctions and flight bans on the Kremlin earlier this year. That has left little spare capacity to meet the surge in demand.

Flights operated by both Emirates and flydubai from Moscow to Dubai on Thursday were all showing as completely sold out according to data supplied by Expert Flyer. The same was true of Etihad’s single daily flight from Moscow to Abu Dhabi.

Also popular amongst Russian internet users on Wednesday were websites with details of countries that Russian citizens could flee to without a passport or visa according to Google Trends.

Russian airlines have, however, already been ordered to stop selling tickets to men aged 18-65 years old unless they can provide documentation from the Ministry of Defence to say that their travel plans have been approved.

Helsinki will use solar power