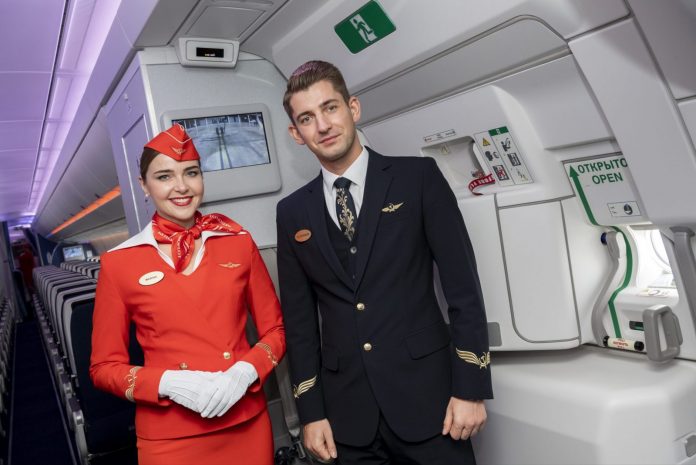 Staff at five Russian airlines started to receive conscription notices just a day after President Vladimir Putin ordered a ‘partial mobilisation’ of around 300,000 military reservists last week. Insiders at the Aeroflot group now claim between 50 and 80 per cent of active employees could be called up to fight on the front line in Russia’s invasion of Ukraine.

Conscription papers have been allegedly been received by staff at five Russian airlines including Aeroflot, S7, UTair, Ural Airlines, Red Wings according to local media.

Sources associated with the Aeroflot group told the Kommersant newspaper that the number of ‘eligible’ workers who could face conscription number between 50 and 80 per cent of the total workforce.

The sources claim Aeroflot is now scrambling to compile a list of workers who perform essential jobs and who should be exempted from military service. The problem, however, is that no one knows where to send the list to save workers from being called to join Putin’s army.

Many commercial airline pilots in Russia started their careers in the military and could be the first to be conscripted. The Russian army could also be keen to call engineers and maintenance workers.

Russia’s aviation industry is already buckling under the weight of Western sanctions, especially spare parts which are prohibited from being imported into the country. Airlines are now relying on highly experienced engineers to keep their aircraft airworthy.

Europe and the UK placed Russian airlines on their so-called ‘air safety lists’ months ago over safety fears. The Air Safety List is made up of airlines that don’t meet international safety standards and are banned from entering European and UK airspace.

Kommersant also reports that some air traffic controllers have received their papers, raising further safety concerns. Airlines have dismissed rumours that they have kept some flight attendants at home for fear that they’ll be served their papers at the airport.

In the hours following Putin’s mobilisation announcement, flights out of Russia sold out, and airfares skyrocketed as Russian men of fighting age tried to find ways to escape the draft.

Russian airlines have allegedly been ordered to stop selling tickets to lone male travellers, although flights out of Russia remain packed.