At a minimum, the allegations of the country’s role in the disappearance or death of dissident journalist Jamal Khashoggi has dealt a serious setback to its efforts to make tourism a cornerstone of a diversified economy.

Richard Branson, the first foreign investor in Saudi’s ambitious Red Sea Project, which aims to develop luxury, ecofriendly resorts and residences on 50 pristine islands in one the world’s last untouched marine wonderlands, was among the first businessmen to pull out of the kingdom’s so-called “Davos in the Desert” investment conference.

Joining him was Steve Case, the founder of AOL, who with Branson was among a dozen business, conservation and tourism leaders appointed last month to serve on an advisory board for the Red Sea Project.

Steppes Travel out of the U.K.. said it had already pulled plans for Saudi Arabia because of visa problems.

The scandal, involving the country’s crown prince, who has made development of inbound tourism a cornerstone of plans to modernize the country and its economy, will likely make most Westerners even more leery of the visiting.

But Geographic Expeditions (https://www.geoex.com/)  said it’s set to launch the first of five  trips to Saudi Arabia later this month. Sara Barbieri, senior director of product development for Geographic Expeditions, said the company hasn’t had any cancellations for the trips, all but one of which are sold out.

“We certainly have received a couple of calls over the last few days, but most people are feeling comfortable and confident, because we said we are monitoring the situation,” she said. “If we need to cancel something, we will  We don’t feel this is a security issue for our travelers.”

She noted the company travels to a lot of countries with “issues,” including Iran, with itineraries that cater to a special category of intrepid traveler.

“Basically, we feel tourism supports people,” she said. “That’s one of our main sort of impetuses to travel to areas that some people might wonder why.”

For instance, she said Saudi Arabia is home to many Islamic historical sites, interesting architecture and a growing arts scene. 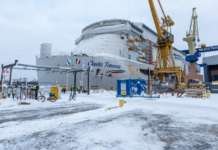 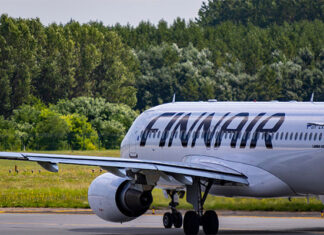