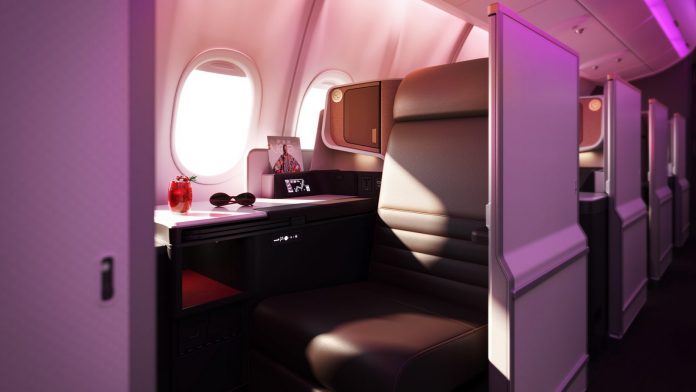 Aveteran ticket agent at Virgin Atlantic was sacked by the airline after an internal investigation concluded she had stolen £1,000 that a passenger had handed her in cash for an upgrade to Upper Class. The airline only became aware of the alleged theft, however, after the passenger’s personal assistant tried to get a receipt for the upgrade.

The incident came to light in a long-running employment tribunal claim Karin Forshaw brought against the airline following her dismissal in 2017. Forshaw has just lost an appeal after judges backed the conclusion of Virgin Atlantic’s investigation, which found she was dishonest and had stolen the money.

As part of her claim, Forshaw said she had been subjected to disability discrimination because the airline failed to take into consideration her mental health concerns when she was interviewed by internal corporate security investigators.

Forshaw was handed the cash on 22nd March 2022 by a passenger who wanted to upgrade her ticket on a flight from London Heathrow to New York JFK. Rather than travelling in Economy, the passenger was quoted a price of £999 to travel in Upper Class which she paid at the ticket desk at Heathrow’s Terminal 3.

Forshaw says her computer terminal had frozen, so she couldn’t record the transaction or issue a receipt for the upgrade fee but was able to issue a new boarding pass for an Upper Class seat after another passenger failed to show up for the flight.

As there was nowhere safe to put the money, Forshaw says she placed the envelope in a slot at her desk while she went to collect some manual bag tags for the passenger’s luggage.

When she returned, Forshaw claims the envelope and money had disappeared.

Rather than immediately report the loss, Forshaw carried on with the rest of her shift. She didn’t report the matter the next day at work either and Virgin Atlantic was completely unaware of the missing money until the passenger’s personal assistant contacted the airline’s customer service centre to obtain receipt for the transaction.

When Forshaw was initially questioned about the cash, she says she was never handed any money but chose to upgrade the passenger to Upper Class for free.

Nearly a month later, Forshaw finally admitted to being handed the cash but said the money had gone missing. Forshaw said her contradictory statements had been a result of “panic”.

The original verdict noted that “the tribunal found no evidence to support the contention that the claimant having panicked and not having issued a receipt was something arising in consequence of her disability.”

“There was no medical evidence to support this contention, and the claimant did not raise it herself during the course of the investigation of the disciplinary procedure”.

Lawyers representing Forshaw said she suffered from a variety of conditions, including acid reflux, eczema, PTSD, depression and anxiety,” but the appeals court ruled that none of these conditions explained what happened to the £1,000 cash.