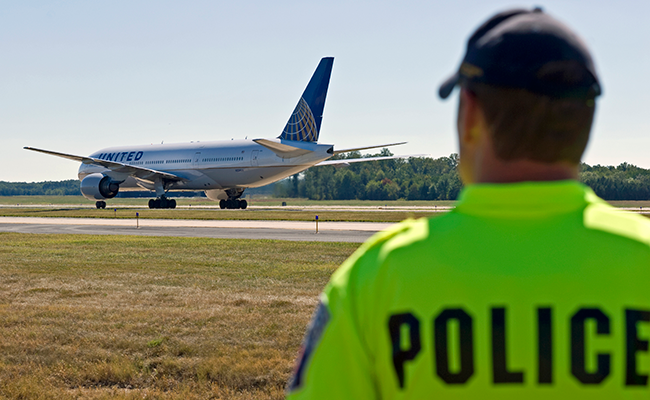 Airlines are reporting a significant rise in unruly and disruptive passenger incidents.

In 2020, the rate of incidents doubled, and that trend is continuing in 2021. In an informal survey of IATA’s Cabin Operations Safety Technical Group, one member airline reported over 1,000 incidents of non-compliance in a single week. Another calculated a 55% increase in unruly passenger incidents based on the numbers carried. Incidents have even resulted in diversions, including a flight from Paris to Delhi.

In the United States, the Federal Aviation Authority (FAA) had more than 4,600 incident reports between January and early October 2021, of which 72% related to a refusal to comply with the federal mandate to wear a mask. Some 849 of these reports have been investigated versus a yearly average of 142 over the last decade.

Tim Colehan, IATA’s Assistant Director, Government and Industry Affairs, notes that a complex set of new health rules means some increase in non-compliance was inevitable. But this can’t explain it entirely. He points out that at the time of booking, passengers agree to the terms and conditions. There is messaging at check-in, at the gate, and announcements are usually made on the aircraft. Other factors are clearly at play in the increase in unruly passenger cases.

“One explanation for the hike in incidents is that the context has changed,” says Colehan. “Not wearing a mask is arguably no different to not wearing a seatbelt or not putting your laptop away. They involve a failure to follow instructions. But because of the pandemic and the public health implications, not wearing a mask makes it much more personal and has caused confrontation between passengers. It has also led to governments, such as the United States to take a zero-tolerance approach and to encourage incident reporting by crew.”

In the United States, although there is a zero-tolerance policy and FAA fines have topped $1 million since the beginning of 2021, differences between federal and state laws complicate prosecution procedures. Interfering with cabin crew is a federal crime so needs to be dealt with by the Federal Bureau of Investigation (FBI), whereas flights involving unruly incidents are typically dealt with by local law enforcement upon landing.

There are similar legal issues in the international arena. The 1963 Tokyo Convention attempted to alleviate any confusion by insisting the right to prosecute resided with the state in which the aircraft was registered. But this can cause problems on landing in a foreign country. Local authorities sometimes consider that they do not have jurisdiction when the aircraft is registered in another state, or the operator holds a foreign certificate (AOC). Unruly passengers may therefore be free to continue their journey without any sanction for their misbehavior.

The Montreal Protocol 2014 (MP14) amends the Tokyo Convention and gives jurisdiction to the country in which an aircraft lands. Where countries have ratified MP14 and implemented appropriate local laws, enforcement authorities have the jurisdiction to deal with unruly passengers that arrive in their territory, irrespective of where the aircraft is registered.

MP14 entered into force on 1 January 2020 when Nigeria became the 20th party to ratify. As of end September 2021, 32 countries had ratified MP14 with Russia being the most recent. Finland, France, Qatar, Netherlands, and Switzerland also ratified in 2021. It is expected that the United Kingdom and the United Arab Emirates—two top 10 aviation markets—will be next in line meaning that one-third of international traffic will soon be covered by MP14.

“The Tokyo Convention has been ratified by 187 countries,” says Colehan. “We would ultimately like to see the same level of commitment for MP14. It has taken the pandemic to focus regulatory minds on the issue of unruly passengers, but progress has been quite rapid by international convention standards. Also, many countries, such as Australia, France, United States, and United Kingdom, already have provisions in their national laws to allow prosecution of unruly passengers irrespective of where the aircraft was registered.

“But it is important that all countries ratify MP14,” Colehan continues. “We need effective multilateral treaties in a global industry.”

With the jurisdiction established, it is vital that countries take steps to enforce the law. “Airlines want their customers to have an enjoyable journey, but we need to make it clear to the small minority of unruly passengers that compliance with crew instructions is mandatory under civil aviation law,” insists Colehan.

IATA is calling for governments to review their current enforcement mechanisms to ensure they can deal with all types of unruly and disruptive behavior. Wider use of civil and administrative penalties as set out in an ICAO manual (Document 10117) would create an efficient and effective deterrent. This could be fines that are handed out on arrival by police much like the system in place for speeding offenses in vehicles.

“Criminal prosecution remains an option for more serious incidents with large fines or prison sentences,” says Colehan. “These offences must be enforced vigorously, and the consequences of such behavior publicized,” says Colehan.

No-fly lists is a more complicated solution. Delta Air Lines hit the headlines by calling for US carriers to share no-fly lists amid a surge in unruly events. The airline reports 1,600 people on its own no-fly list.

But while Colehan understands the motivation he cites several concerns about the sharing of lists between carriers in different jurisdictions, including compliance with laws protecting personal information and verification of the identity of persons named on the lists. The best way forward is for governments to come together on the issue and consider an international framework that would be acceptable for managing lists of unruly passengers.

In the meantime, cabin crew will continue to deal with unruly passengers with the utmost professionalism. Training in this area hasn’t needed to be updated as passenger disruption needs to be de-escalated whatever the cause. That hasn’t changed.

“But the problem is that health requirements are always changing,” says Jonathan Jasper, IATA’s Senior Manager, Cabin Safety. “Every journey is different. And it is a challenge for cabin crew to keep updated. Wearing masks is universal but that’s about it. Every country has its own health requirements. But cabin crew are well trained and manage a number of situations extremely well. The incident numbers would be much higher if we didn’t have excellent cabin crew throughout the world.”

Unruly Passengers will be discussed at the IATA Cabin Ops Safety Conference, an online event, 7-8 December 2021.