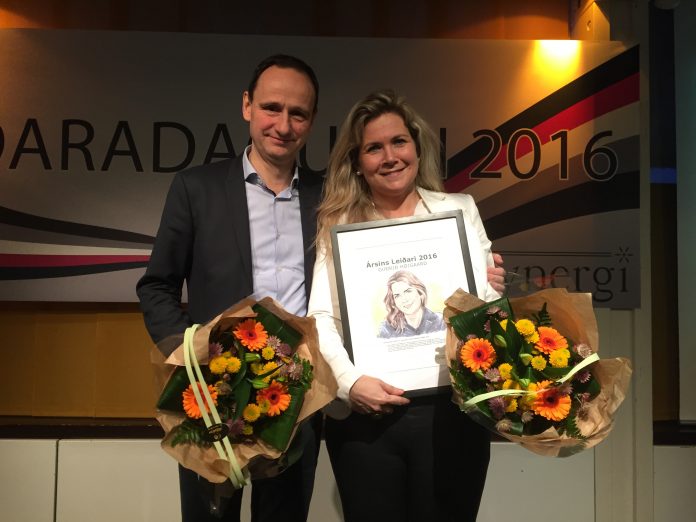 “I feel more like a playing coach than as a director who sits with administrative tasks and make decisions,” says this year’s public leader, Guðrið Højgaard from Visit Faroe Islands, the nation’s tourism board. She was named the year’s public leader of the Synergy arranged Leader-day.

Guðrið have both proven to be a manager in Sweden and the Faroe Islands and there is some difference:

“The biggest difference is the size. Everything was much bigger in my previous job. Many more markets, business partners and in general much larger numbers. And the feeling to work with a vibrant big city was another, which suited me just fine. On the Faroe Islands you as a leader is often fairly close to what is happening, and it also has its charm. For example, I had people on the phone who are angry that their fence is cracked, probably by a tourist.”

Those who have followed the Faroese tourism in recent years know that much has happened. The figures speak a clear language. A statement for 2010/11 shows that there were 89,000 tourists in the Faroes. Preliminary figures for the 2014/15 show that during this period 150,000 tourists visited.

Visit Faroe Islands CEO Guri Højgaard together on stage been awarded together with the chairman of the organization Johannes Jensen , who was nominated to the award as leader of the year in the private industry.