Home News What Brexit means to the worlds travel trade 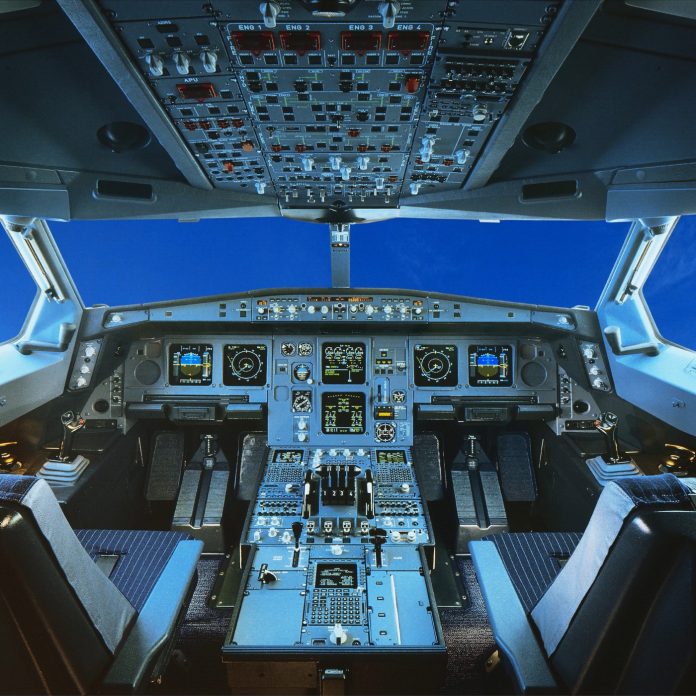 “There was a lot of shock, to be honest,” said Stephen Dunk, European operations director and global sales coordinator for Travelzoo, who is based in London. “It was pretty close. I was not expecting it to go quite the way that it did.”

The vote was 17,410,742 (51.9%) of UK residents who voted to leave the EU, while 16,141,241 (48.1%) voted to remain. This decision, needless to say, won’t just impact travel or tourism, but a variety of industries, especially finance. And given the immediacy of what’s just happened, it’s still too early to say exactly what kind of impact this will have on the travel and tourism industry.

The UK’s eventual exit from the EU, dubbed “Brexit,” is a process that is expected to take place over the course of two years or perhaps even longer, so any immediate impacts being felt at the moment — including a rapidly falling British currency — are still premature.

“The thing that I think is being lost in the impact on the stocks today, is that there is a going to be a very gradual, multi-year transition for the UK out of the EU,” said Mike Olson, senior equity research analyst at Piper Jaffray. “There’s unlikely to be any sort of imminent shock to the system that is going to result in a significant decline in consumer sentiment [regarding travel to the UK or the EU overall].”

Olson, who regularly analyzes the big online travel agency companies — Expedia, Priceline, and TripAdvisor — said that because all three of these companies have “significant exposure to European travel” (especially Priceline), they’re all probably adjusting their financial outlooks for the rest of the year going forward, but that they probably aren’t overly concerned. However, more than 50% of Priceline’s revenue comes from Europe; 25% for Expedia and 30% for TripAdvisor.

“If there were to be any negative impact on European travel, Priceline would be the most exposed and, not surprisingly it’s the one that’s down the most in the market right now,” Olson noted.

Bottom line: If you’re looking to buy some Priceline, Expedia, or TripAdvisor stock, now would be a good time.

And given the falling value of the British pound following the Brexit vote, which decreased by as much as 11% on June 24, it’s probably a good time for international visitors, especially those of us in the U.S., to consider crossing the pond.

Whether consumers still want to travel to the UK or to the EU overall, Olson said, is going to, ultimately, have the most impact on the financial health of companies like Expedia, Priceline, and TripAdvisor, as well as their travel and hospitality colleagues.

When asked if he thinks the Brexit vote, combined with lingering concerns about terrorism given the attacks in Paris, Brussels, and Istanbul might sway travelers to consider other areas for travel instead of Europe, Olson said he believes the only thing “that would have a negative impact on travel demand on Europe and with Europe as a destination would be an economic slowdown.”

While the most immediate effects of Brexit will relate to fluctuating currency exchanges and stock prices, the longer term effects are numerous and not yet fully realized. A few of them, however, relate to airlines, hotels, and U.S. tourism.

One sector of travel that is paying close attention to this crisis involves the airlines, especially those who operate within the UK. Following the news of the vote, UK airline stocks plunged dramatically, and they stand to be most impacted by Open Skies agreements that make it easier for low-cost carriers like EasyJet and Ryanair to operate within the EU.

Travelzoo’s Dunk also noted, “We buy oil and airline fuel in dollars, so that could affect flight prices overall.”

However, Hunter Keay, a Wolfe Research managing director and senior analyst covering the airline and aerospace sectors, said any panic regarding airlines is overblown, and that this could be favorable to U.S. airlines.

Keay wrote, “In the event Brexit leads to a reduction in free, global trade with nationalistic interests first – *we’d argue the long term impact to airlines would be minimal, if not slightly positive.* Despite their obvious global nature airline companies are pragmatically far more local than logic would insinuate. Brexit could close off London Heathrow even further to Middle Eastern airlines, for one, and raise questions about Norwegian’s controversial transatlantic low-cost-carrier service from London to the U.S., currently operated by Norwegian using an Irish flag. Thinking two steps down the road we see scenarios that could very easily result in clear positives for U.S. airlines at London Heathrow.”

Another sector of the industry that may feel the effects of Brexit is the hospitality industry, many brands of which also saw falling stock prices on June 24 in the aftermath of Brexit.

The Association of British Holidaymakers (ABTA) noted that in the hospitality space, particularly, about 70% of all hospitality workers in London, for example, are migrant workers. With the UK no longer part of the EU, “that could have a big effect, particularly if we have to pay more to get people to do these jobs,” said Dunk. “That could also have a huge effect on prices.”

And while travel to the UK may now be less expensive for travelers from the U.S. or the EU, the reverse impact—that of it being more expensive for UK travelers to holiday in the EU or the US or elsewhere could have a negative effect on tourism numbers.

What the Travel Industry Is Saying

Here’s a round-up of comments collected from various companies and organizations in the travel space, about what Brexit means to their businesses. Skift also reached out to Hilton Worldwide, Priceline Group, and AccorHotels, but they had no comment at this time.

Ryanair: “It’s a good job we’re better at running an airline than political campaigns. Britons are booking our £9.99 seats in record numbers in what will be the last big seat sale of its kind, as they look to flee a country which will be run by Boris, Gove and Farage.” — Robin Kiely, Ryanair head of communications

Expedia: “The UK is a popular travel destination for Americans today, and we expect this to continue irrespective of the UK’s EU membership.”

Marriott International: “In light of the reported vote in Britain to exit the European Union, Marriott International will closely monitor the implications of the electoral decision. It is too early to know what potential impact the decision will ultimately have on our business. As the implications are more clearly defined over the coming months, we will work to adapt to any changes that may result while continuing to deliver the best experience for our guests and remaining committed to our employees.”

TripAdvisor: “TripAdvisor respects the democratic choice that the United Kingdom made through its vote to leave the European Union, but also recognizes that the decision is causing distress for many U.K. and E.U. citizens who were hoping to stay united. We also appreciate that many within the travel industry have questions about how these changes may impact consumers.”

“As a business in the global tourism industry, we will continue our work to enable every person’s ability to continue the tradition and practice of traveling to experience new cultures around the world. We look forward to working in partnership with our partners in the tourism and travel industry across the world through this transition.”

“It’s too soon to tell what, if any, impact there will be to travel and tourism. We are confident that the United Kingdom will work through an orderly transition with the European Union to mitigate any long term impact to our industry and to travelers.”

“Despite the unknowns, TripAdvisor remains committed to our presence in the United Kingdom and our employees there. We are also committed to supporting and enabling a strong tourism and hospitality industry in the United Kingdom, the EU and globally. As a company, we remain focused on helping people to take better trips and supporting the vibrant and flourishing global travel economy.”

Starwood Hotels & Resorts: “As a global business with an extensive European footprint, we have naturally been following the EU referendum debate with interest and clearly there are a broad range of viewpoints on the topic. As a company our desire is for continued investment, economic strength and long-term certainty. It’s too early at the moment to understand what the impact of the out vote will be on the country and on the hospitality and tourism industry as a whole, but we will continue to work hard to promote the UK as a destination and our hotels in this market.”

Global Business Travel Association (GBTA): “The outcome of the UK’s referendum heralds a period of change within the EU. During this time, GBTA and its partners across Europe and in the UK will continue educating its members on the impact for business travelers and the business travel sector and will work together to promote and defend the interests of the business travel industry.”

“While it is impossible to immediately assess the implications of the result on the UK, European and global economy and on international relations and world order at this point, GBTA remains committed to the same principles it always holds strong: ensuring business travelers maintain freedom of movement, business is not disrupted, travel infrastructure remains strong and programs and bilateral agreements that facilitate safe and secure travel like the EU-US visa waiver exemption continue. As the UK and EU move forward with the next steps, GBTA will advocate for these principles.” — Michael W. McCormick, GBTA Executive Director and COO

World Travel & Tourism Council (WTTC): “We are entering a period of market uncertainty which will undoubtedly put pressure on travel and tourism businesses, however we know that our sector is resilient and we expect business and leisure travel to hold up in the face of these challenges.” — David Scowsill, WTTC President and CEO

InterContinental Hotels Group (which is headquartered in the UK): “IHG is a global business with operations in nearly 100 countries. While the U.K. is an important market for us, it accounts for less than 5% of our overall global business, with Europe accounting for approximately 10%. At this early stage, there are still a number of uncertainties around what the U.K.’s exit from the European Union will mean for businesses, however, we are very used to dealing with volatility and will manage the situation as it evolves.”

Norwegian Cruise Line Holdings: “We are monitoring the developments in the UK closely. The vote yesterday to exit the EU is unsettling markets and creating a heightened sense of uncertainty, which is unwelcome news for many businesses. As a North American-centric enterprise, NCLH is more shielded from the negative effects of the UK vote.”

For most travel suppliers, at the moment, however, it’s still business as usual.

Etihad Aviation Group President and CEO James Hogan summarized this best in an interview with Skift’s Brian Sumers: “In running a global aviation group we have to deal with war, pandemics and economic challenges. The one thing is that people will still travel. It is business as usual.”